Fed’s decision to cut interest rates pushed the currency pair below 1.1059 as markets were disappointed because another 25BPS cut by the end of the year was not confirmed. If the move to the downside gains momentum, the first support level would be at 1.1017. In the opposite direction, a clear break of the resistance at 1.1059 could lead to a further movement towards the zone around 1.1106 and an increase in bullish sentiment. 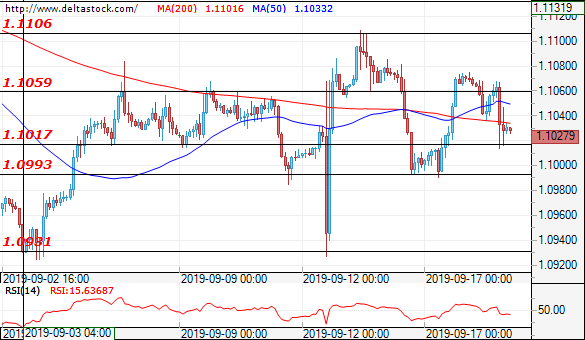 The pair should head for a test of the next major resistance level at 109.00 if the breakthrough of the resistance 108.25 is confirmed. In case the test proves unsuccessful, the price could bounce back towards the support level at 107.58. 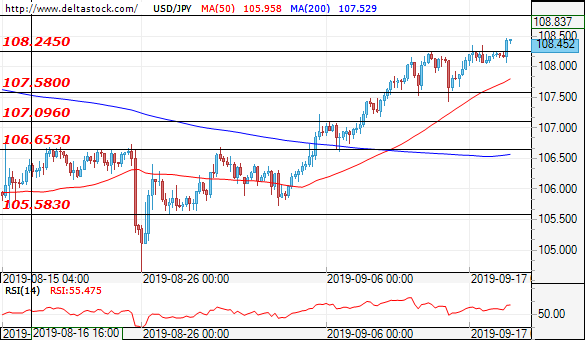 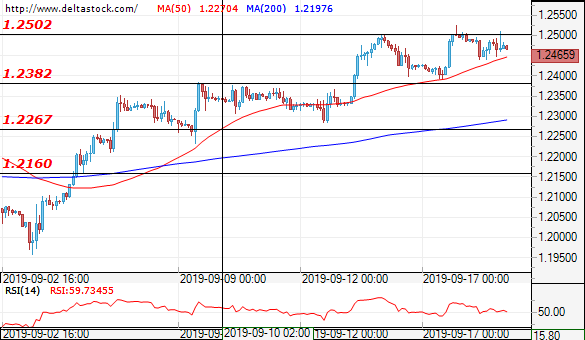