Upside risks have dominated the Australian Dollar versus the Canadian Dollar since the beginning of September. After hitting the upper boundary of a long-term descending channel pattern at 0.9142 on September 13, the exchange rate made a U-turn south. As a result, a breakout occurred through the bottom border of a junior ascending channel during the morning hours of Thursday’s trading session.

Given that a breakout had occurred, the AUD/CAD currency pair will most likely continue its southern movement within the following trading sessions. The potential for bearish traders would be near the weekly S2 at 0.8957.

However, a support level formed by the 200-hour simple moving average at 0.9006 could provide support for the currency exchange rate in the short term. 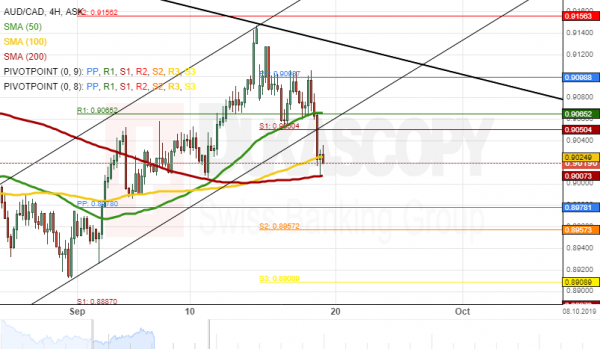 USDCAD Cautiously Bearish, Declines Below Base Of Range