Brexit talks continue to progress after the EU official Michel Barnier said that there were significant gaps.

The UK said that it was prepared to give concessions to the EU on the Irish backstop arrangement. A UK spokesman said that while talks were constructive, there was still a lot of work to do.

GBPUSD initially gave up its gains. Price action fell back to test the support area of 1.2533. As long as this support holds, GBPUSD could rise back higher.

The upside bias remains at the resistance level of 1.2895. The bias will shift in case GBPUSD breaks below the support of 1.2533. 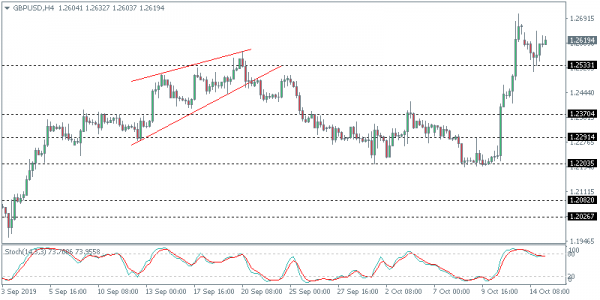