Wall Street started positively but gave back those gains amid weakness across the retail sector. We had another heavy-handed tweet from US President Trump that China “must” do a trade deal, or suffer higher tariffs. The PBOC is widely expected to drop its Prime Lending Rate today.

Fed’s Williams (moderate, voter) and Rosengren (hawk, dissenter) both said economy is in a very good place. The minutes of the last FOMC meeting will be released late tonight (early Thursday, Singapore time). 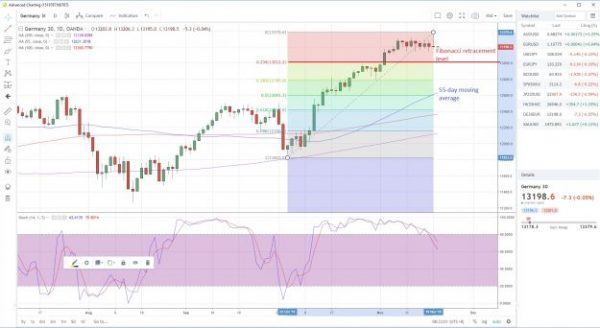 Germany’s producer prices probably fell 0.4% y/y in October, according to the latest survey of economists. ECB’s Lane is scheduled to speak late in the day.

WTI has opened below the 55-day moving average at $55.76 today for the first time since November 1