Early in December, the major currency pair is trading calmly – everything is getting back to normal after a pause on the occasion of Thanksgiving Day in the USA. On Monday, December 2nd, EUR/USD is mainly trading around 1.1020.

Investors are still focused on the US-China trade talks, a pause in which may last for a long time. it is already known that Beijing hasn’t taken any countermeasures in response to the “Hong Kong Human Rights and Democracy Act” passed by the USA earlier. It means that China decided not to exacerbate relations with its trade partner and was very serious about continuing negotiations through diplomatic channels.

However, November has gone by and now it’s already December, but there is still no new information about this. There is a possibility that the trade agreement or at least its first phase won’t be signed this year. This, in its turn, may later increase the market volatility and count against the Euro.

On the last Friday of November, EUR/USD managed to update its previous low, but then the news made the pair start a pretty strong rising correction. In the H4 chart, there is a divergence on MACD, which may indicate a new tendency to the upside. However, to confirm the tendency reverse from descending to ascending, the price must break the resistance line of the current trend at 1.1050. If it happens, the pair may continue growing towards 1.1100. Still, an opposite scenario is also possible: the instrument may rebound from the resistance line and fall to reach the support level at 1.0940. 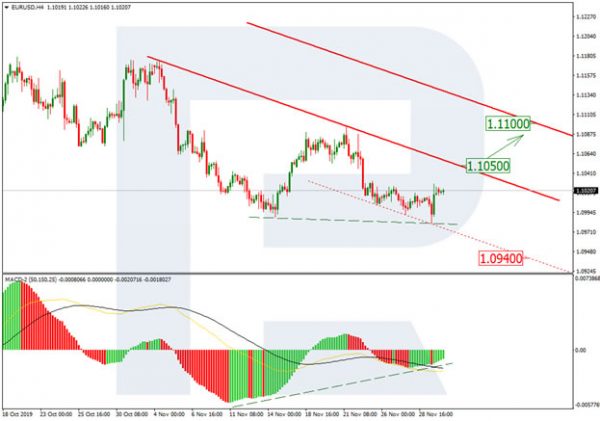 As we can see in the H1 chart, after finishing the rising impulse, EUR/USD is forming a correction in the form of Triangle. In this case, the resistance line is at 1.1023. If the price breaks this level, it may continue growing towards the next resistance level. A convergence on the Stochastic Oscillator confirms the new-rising-tendency scenario. 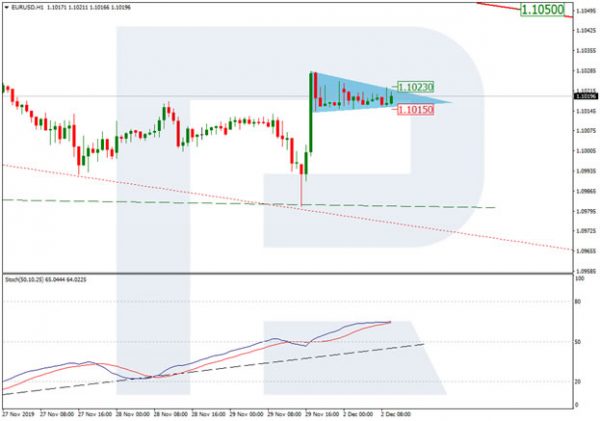