After a continuous decline, the major currency pair is reaching stability early in the new April week; it is trading at 1.0810.

The statistics published by the USA last Friday showed exactly what it was expected to. The Unemployment Rate went from 3.5% in February to 4.4% in March, which is worse than expected, 3.8%. The Non-Farm Employment Change dropped to -701K over the same period of time after being 275K and against the expected reading of -100K. The Average Hourly Earnings added 0.4% m/m in March after expanding by 0.3% m/m the month before.

Most likely, the March readings don’t seem to reveal all stress that the labor market is exposed to, that’s why the April report is expected to be more insightful. For example, the Morgan Stanley report was more pessimistic about the future outlook: they assume that the unemployment in the USA may skyrocket up to 15.7% in the second quarter 2020 and the entire labor market may lose about 20-21M jobs. Probably, this is the gloomiest scenario right now.

In the H4 chart, EUR/USD is growing towards 1.0847. Possibly, the pair may reach this level and then start a new correction towards 1.0800. After that, the uptrend may resume to break 1.0850 and then continue with the short-term target at 1.0900. From the technical point of view, this scenario is confirmed by MACD Oscillator: its signal line is moving outside the histogram area but still below 0. There is a possibility of a new decline towards 1.0725. However, if the line breaks 0 to the upside, the pair may boost its growth on the price chart to reach 1.0940. 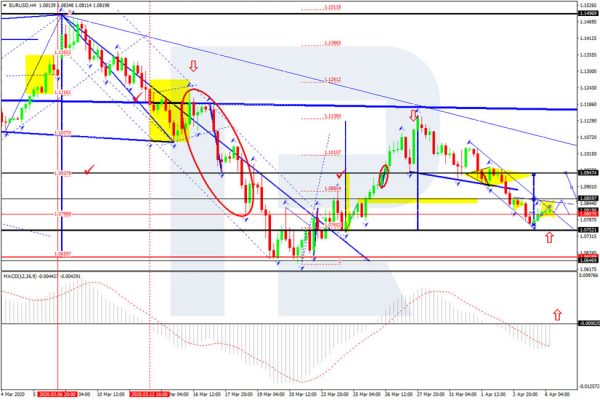 As we can see in the H1 chart, after reaching the short-term target of the first rising wave and then correcting towards 1.0807, EUR/USD is expected to grow to reach 1.0847 (at least). Later, the market may form a new descending correction with the target at 1.0800. From the technical point of view, this scenario is confirmed by Stochastic Oscillator: its signal line is moving above 50 and may grow to reach 80 to complete the rising wave. Later, the line may fall to return to 50, thus resulting in a new correction on the price chart. 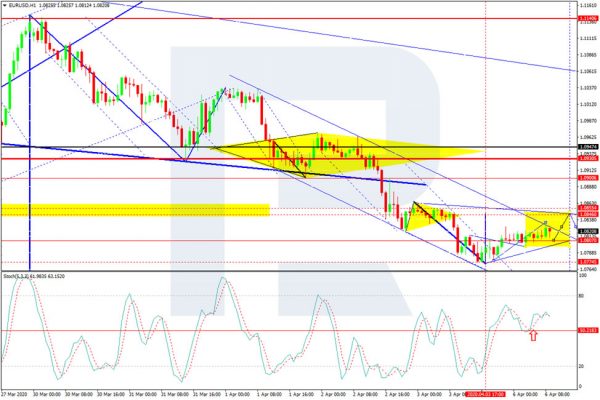