The exchange rate is currently testing a support cluster formed by the 200– period simple moving average and the bottom border of an ascending channel pattern at 0.8812.

If the support cluster holds, the currency exchange rate could make a pullback towards the 0.9300 area.

However, if the EUR/GBP pair breaks the ascending channel pattern, a decline towards the 0.8447 regions could be expected this week. 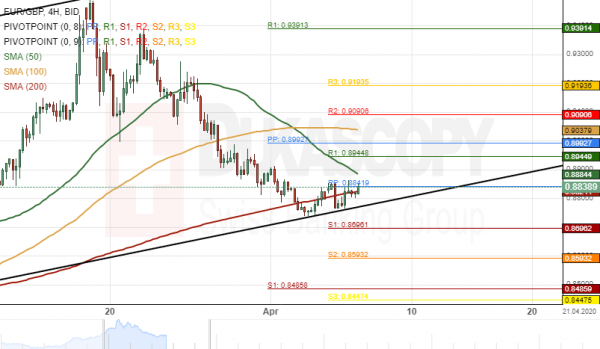