Turning to the short-term oscillators, the RSI and the stochastics promote advances as does the 200-period SMA, which is building an incline. Moreover, the 50- and 100-period SMAs still hold their bullish bearing. However, the price has dipped below the 50-and 100-period SMAs and the MACD confirms this negative momentum, as it is declining in the bearish zone below its red trigger and zero lines.

All in all, the very short-term bias is neutral-to-bullish above 2,709. Yet, a close below the 2,629 trough could bring back worries of a downturn, and realign the index with a bigger negative picture. 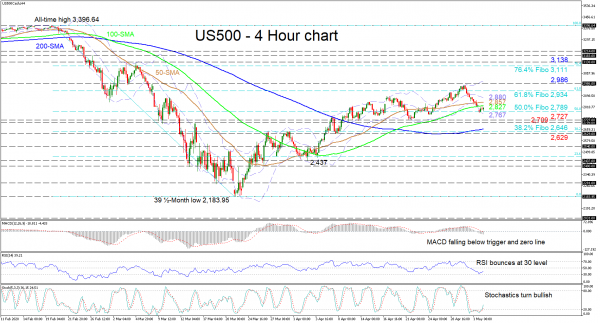