‘The euro has already survived a number of scares since its inception in 1999, with the political and economic elites proving willing to do whatever it takes to support the currency.’ – Ian Wishart, Mira Rojanasakul and John Fraher, Bloomberg

On early Wednesday morning the common European currency was slowly continuing its way lower against the US Dollar. The rate had finally broken free from the grip of the weekly PP at 1.0582, around which the currency exchange rate was fluctuating around for almost 48 hours. The currency pair is set to fall next to the weekly S1, which is located at 1.0533 level. It is most likely that the decline will occur gradually, as there are minor support levels, which have proven themselves to be strong enough to even change the direction of the rate for short periods of time.

For the third consecutive trading session SWFX traders remain neutral bullish, as 51% of open positions are long on Wednesday. Meanwhile, 61% of trader set up orders are to sell the Euro. 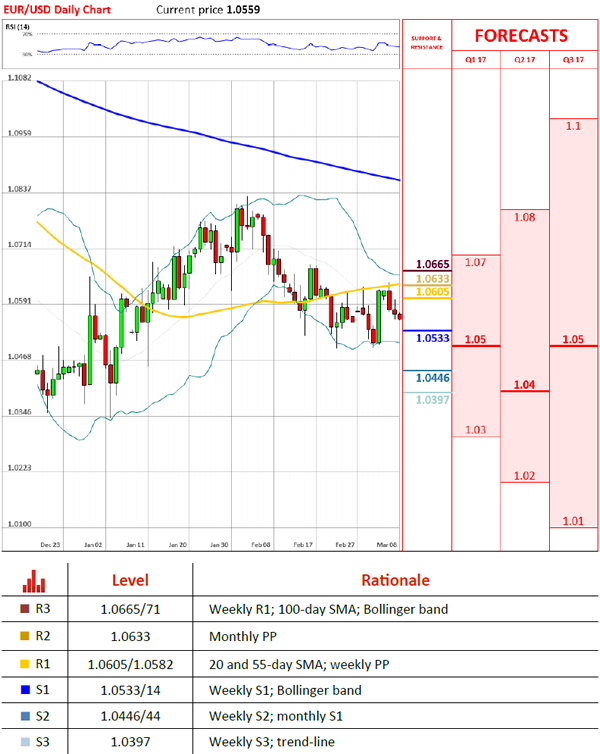 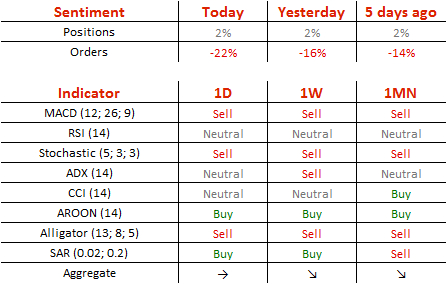