NZDUSD started dropping from the 0.679 high in impulsive fashion, and below the lower ending diagonal line, which confirms a completed bigger Elliott wave ending diagonal pattern, and a minimum, three-wave reversal to be underway. We labelled decline as wave A, which can face possible support at the 0.648 level, or lower at the 0.638 level, if current firm decline resumes. 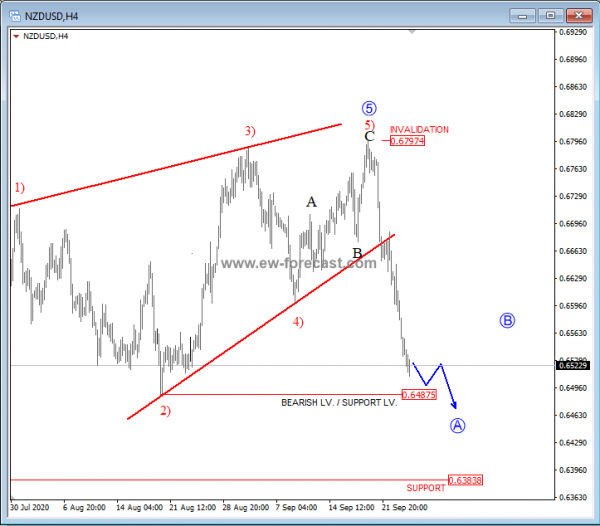 An ending diagonal is a special type of pattern that occurs at times when the preceding move has gone too far too fast, as Elliott put it. A very small percentage of ending diagonals appear in the C wave position of A-B-C formations. In double or triple threes, they appear only as the final “C” wave. In all cases, they are found at the termination points of larger patterns, indicating exhaustion of the larger movement. 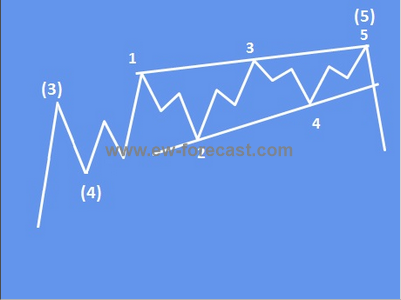 Will US Dollar Reverse After Month End? DXY, Gold