Even though a release of information on the Japanese GDP was worse than analysts anticipated, the last day of the week the currency pair started in a sharp downfall. To certain extent, this breakout from a dominant descending channel was triggered by a combined resistance level set up by the weekly and monthly S1 as well as the 55- and 100-hour SMAs. As a result, the next two likely targets for the pair will be the weekly and monthly S2 at 107.33 and 106.98. But starting from the next week, the buck most probably will try to restore some of the lost positions.

However, there is a need to take into account that development of this currency pair will quite strongly depend on geological situation surrounding North Korea. 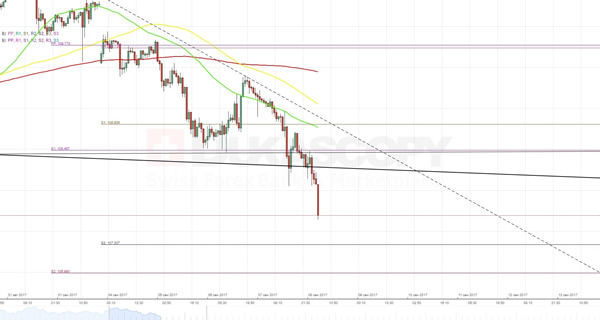