The way the exchange rate started new trading week confirmed that previously it was moving in a medium-term rising wedge. Generally, the pair is expected to gradually move to the bottom, trying to reach the lower trend-line of a senior ascending channel. However, in order to do that the rate will have to cross a combined support level formed by the updated weekly S1 at 1,329.68 and the 200- hour SMA. Even though it sounds like a too strong barrier, the path to the north is also well secured. Namely, it consists of the 55- and 100-hour SMAs as well as the weekly PP at 1,343.70. By the way, the bearish scenario is also confirmed on a daily scale, as last Friday the gold made a rebound from an upper trend-line of a longterm ascending channel. 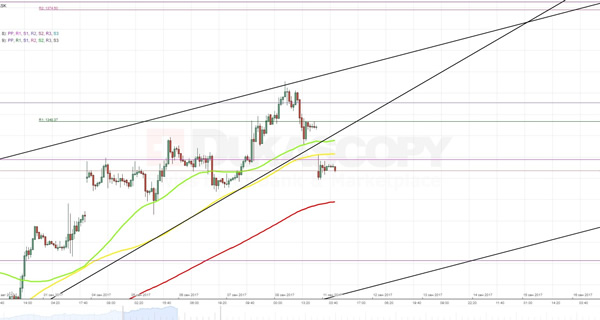