During the last session the movement of the currency pair remained in a narrow range. Support at 1.0974 was tested three times, but the price failed to stay below it. The downward movement is probably not over because at the upper border of the range – the resistance at 1.1048 – was not even reached. However, it’s possible to break through and test the next target – the resistance at 1.1127. This may be a signal that the bulls are back on the market. 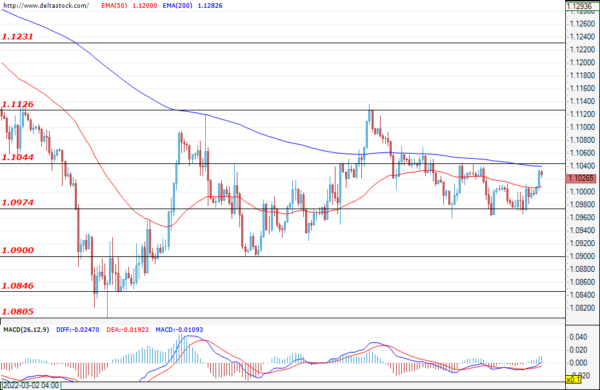 The Japanese yen continues to lose ground against the US dollar. The market has clear trend characteristics. The corrections are minimal and not very long and the resistances are easily overcome. Important resistance levels would be 122.42 and 123.76 available at a longer time frame. On the downside, the main support is the level at 120.44. Even if it is successfully overcome, the return of the bears is unlikely. Sentiment remains positive for the US dollar. 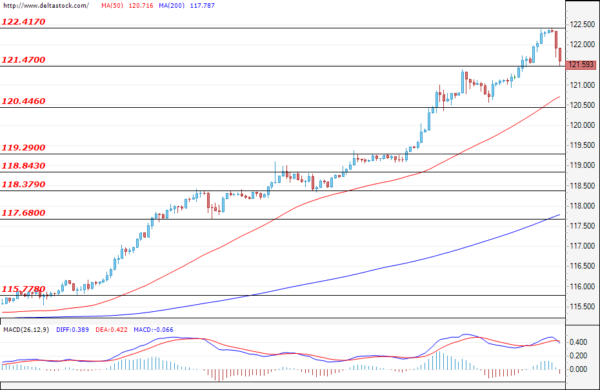 Trading in the past session was quiet and the price of the currency pair has so far managed to consolidate above the support at 1.3185. A signal that buyers could return to the market for a longer period would be a new test and overcoming the resistance at 1.3289. If this does not happen and the important supports at 1.3050 and 1.2997 are overcome, it is likely that the pound will move into a downward trend. 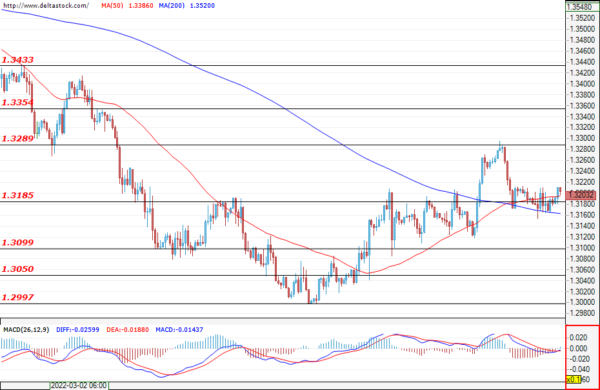 During the last session, the German index failed to test the resistance at 14555, but still remained above the support at 14135. If we have in mind the precarious situation in Ukraine and in case the bulls fail to break the resistance at 14555, the bears may again prevail. If this happens and they overcome the support at 14135, we can witness new sales to the next major level at 13573. 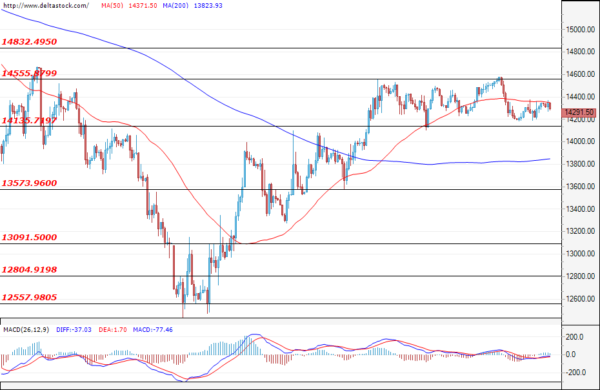 The last session was successful for the American Blue Chip Index. It managed to stop its decline and focus on the important resistance at 34890. At the time of writing, the price is 34690, but if the price turns to the support level at 34360 and if overcome, it is possible that the bears will return to the market. 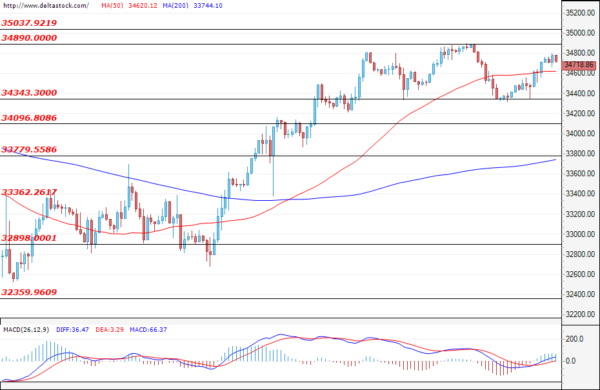