In the early hours of the European session, the single European currency continued its corrective move, which began at the end of the day on Monday this week, and reached the support of 1.1060. For the time being, the bears have the higher ground as the expectations for today’s labour force data (12:30 GMT) are in favour of the dollar. If we see this level holding its ground, then the rally might continue towards the levels at around 1.1180 and 1.1230, but if the pressure continues, then we can see the formation of a bottom below the previous price of 1.0974. 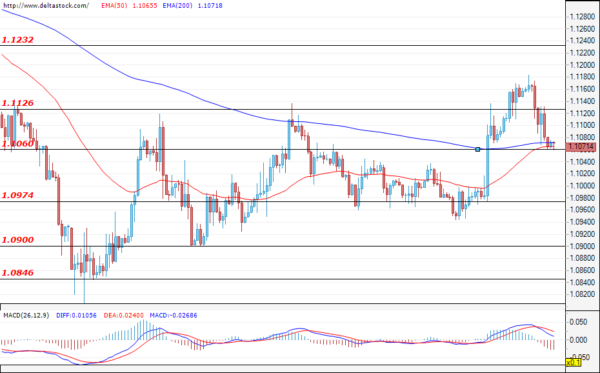 The swing zone at 122.41 gave traders a brief pause, but it was breached earlier this week and the price rose towards the swing peaks, returning to the 2015 levels at around 125.10. In today’s session, however, the bears were fully in control of the Ninja and the pair continued its decline, reaching a bottom of 121.32. In the coming days, if the 121.10 level withstands the pressure, then the resumption of the upward movement is highly probable and the previous prices could be easily surpassed. If the support does not last, however, then the correction will likely deepen towards the levels at around 120.44 or even at 119.29, depending on its longevity. 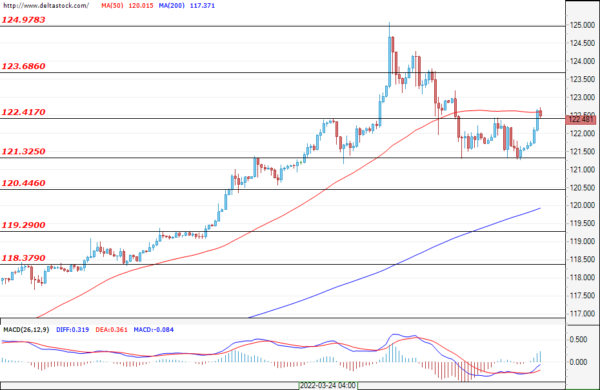 The second attempt of the sterling to continue its growth in the European session was compromised by traders willing to sell at levels at around 1.3175. This pushed the currency in the next few hours towards the support at around 1.3105, where the pound stabilised and bounced back up nearly 70 pips. If the support remains unbreached, then we can see growth spring back up towards 1.3290 and 1.3354 in an extension. However, if the downward trend continues and the pair goes below the levels of 1.3105, then the decline may continue beyond the bottom reached on March 30th and could even sink further than that towards the support of 1.3000. 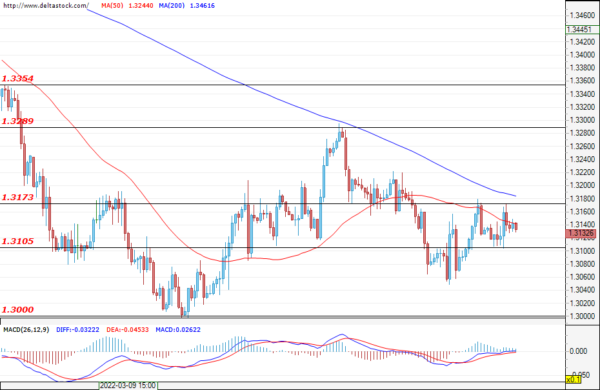 The German index continued its decline as soon as the European session began. The bears were in control all day long, breaching the support at 14555 and forcing the index to close at 14373. If the downward trend continues in the first session of April as well and the support of 14200 does not last, then we may soon see prices sink towards the level of about 13500. However, if the news of the ongoing conflict in Ukraine is positive, then the index may find just enough strength to rise towards price levels at around 14855. 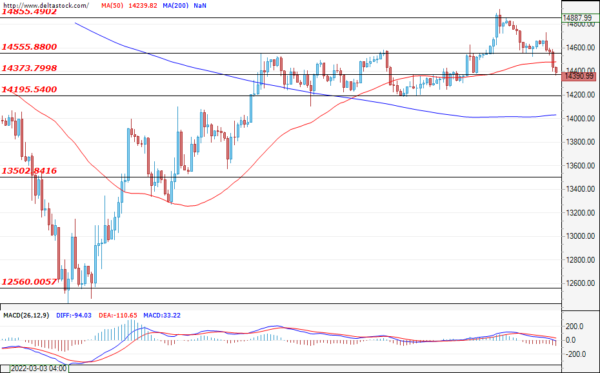 The clear lack of signals indicating the de-escalation of tensions between Russia and Ukraine still worries investors and the whole session was seized by the bears. They subsequently breached the support at 34886 and reached the bottom at 34670, where the index’s decline has been limited for now. If the bottom level holds off the attack, then we could see a return towards the levels of 35050 and 35326 in an extension, but if the downward trend continues in the first week of April, then we can expect the index to reach 34343 again. 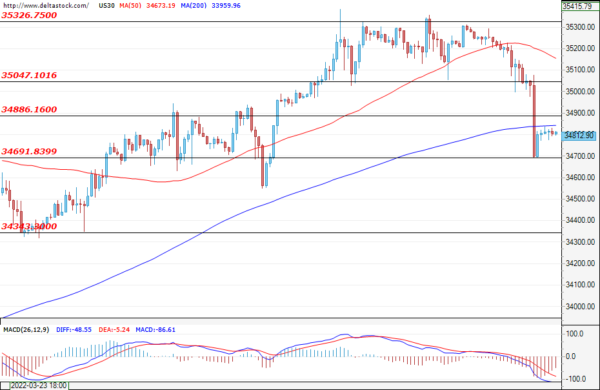