For the single European currency, the week began with some losses against the dollar. After the market opened, the bulls did not even try to test the resistance at 1.1060 and relinquished control of the market to the bears. They turned the exchange rate of the currency pair to a support at 1.0974. Although they are currently facing some difficulties with this level, the downward movement is probably not over. A likely scenario is a direction of the course to the second support at 1.0900. Even if this does not happen, we can talk about a possible return of the bulls, but only after overcoming the resistance at 1.1060. 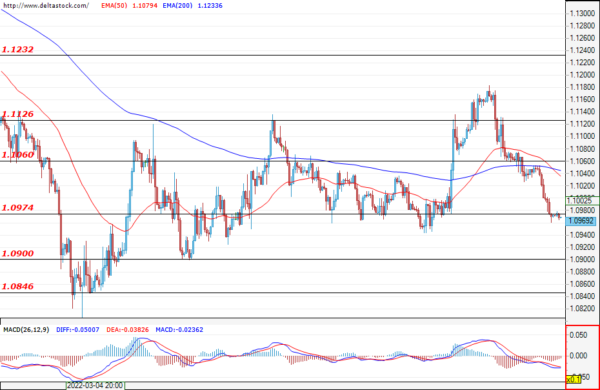 The corrective phase from the level of 125.08 to 121.32 managed to slow down the strong trend of the currency pair and the consolidating movement above the support at 122.41 continues. If the bulls do not try to test the resistance at 123.68, it is very likely that we will witness a longer period of a range between the levels 122.41 and 121.32. 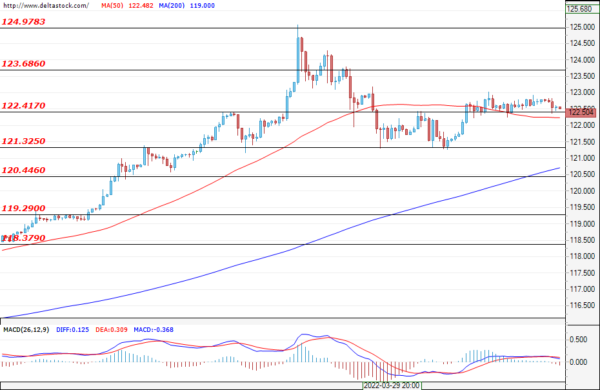 Trading in the past session was calm and the price of the currency pair has so far managed to consolidate above the support at 1.3105. It is likely that we will observe a range movement and a reversal of the course back to the resistance at 1.3173. A signal that the bulls could return to the market for a longer period of time would be the overcoming of the resistance at 1.3289. If this does not happen, the important supports that would make it difficult for the bears, are at 1.3105 and 1.3000. 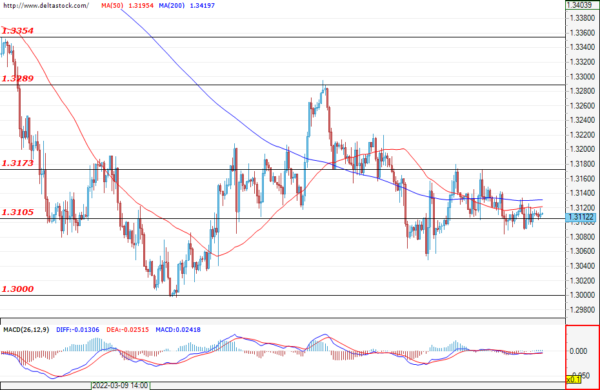 The German index successfully held above support at 14373. However, this consolidation may be temporary, given the precarious situation in Ukraine. If the bulls fail to break the resistance at 14550, the bears may once again prevail. If this happens and they overcome the support at 14195, we will witness new sales to the next major level at 13809. 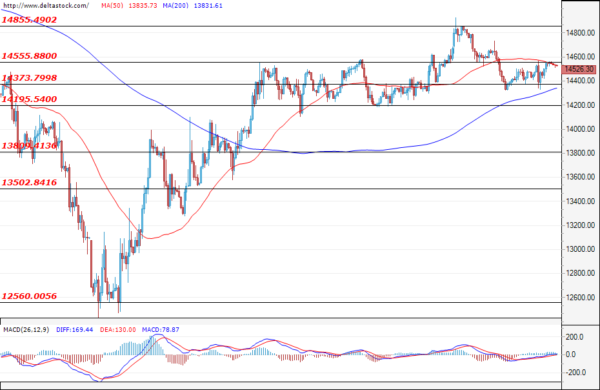 The last session was calm for the U.S. blue chip index as the US30 managed to stop its fall and turned to the important resistance at 34886. For now, it manages to stop the bulls. If the price turns to the support level at 34360 and it is overcome, it is possible that the bears will return to the market. 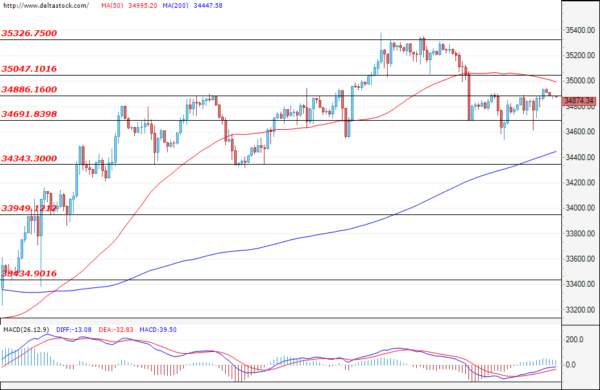