USDJPY Pauses Near 145.00 Mark; Bias Titled to the Upside

USDJPY is struggling to gain the strong positive momentum after its fast rebound from the 140.30 support level. However, the market is holding above the 20- and 50-period simple moving averages (SMAs) with the technical indicators confirming the recent bullish bias. The RSI is heading north, approaching the overbought region, while the MACD is surpassing its trigger line in the positive zone.

In brief, USDJPY is facing a weakening bullish bias, where a drop below the near-term SMAs is expected to enhance selling interest. 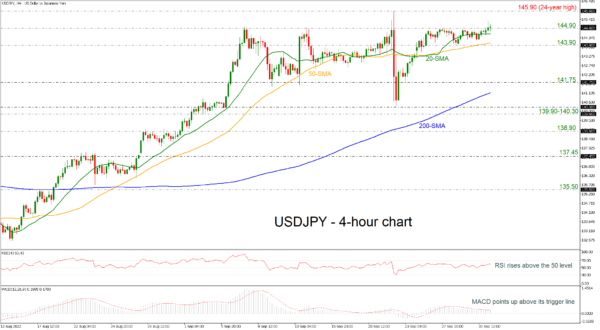