On the first day of the trading week, the single European currency failed to break out of the range that was formed last week. As markets opened in Europe, the pair approached the resistance at around 0.9845 and reacted with a decline towards the support at 0.9750. In the first few hours of the U.S. session, the dollar’s decline allowed the euro to reach the mentioned resistances again, but failed to breach them by the end of the day. Whether the declines in the dollar will continue today and allow these resistances to be breached will largely depend on the U.S. labour report at 14:00 GMT. Of course, the downtrend in the euro and the high dollar can always return after the data is analysed by the traders. 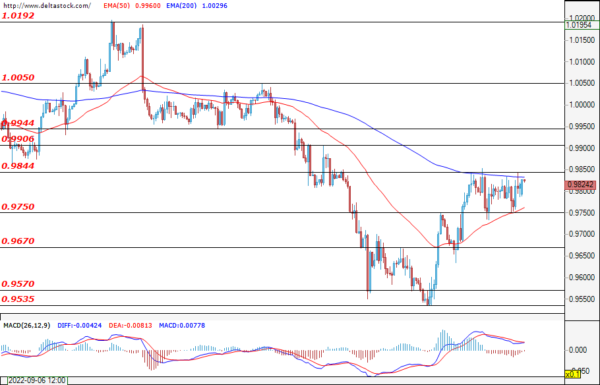 Monday started off weak for the Ninja due to the strength of the dollar. Last week’s range was broken and we saw resistances stretch to about 145.30, but the bulls did not have enough strength to score a new high. The 14:00 GMT data on U.S. manufacturing was disappointing and traders took it negatively, pushing the currency pair down to the often tested support at 144.13. Whether the pair will have the strength to breach the previous top and fight off the planted protections from the Bank of Japan depends on the data on the U.S. labour force report at 14:00 GMT, which could give the greenback a boost. Of course, the actions of the BOJ should not be ignored and should be followed closely, because of the huge declines that the currency pair suffered last week. 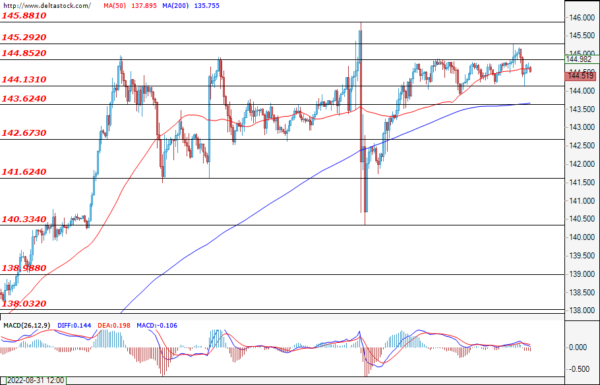 After the government in the UK decided to reverse its policy to cut taxes for the wealthiest following a major backlash, the decision was welcomed by traders and today the Cable posted a decent rally. It broke its previous resistance at 1.1216 and headed for the next one, but failed to reach it by the end of the trading session, despite being within arm’s reach. There is no data today to further support the pound, but its gains could continue if declines in the dollar deepen after the release of the U.S. labour force data at 14:00 GMT. However, if the data is strongly positive, this may incentivise the bears to open new short positions in the currency pair. 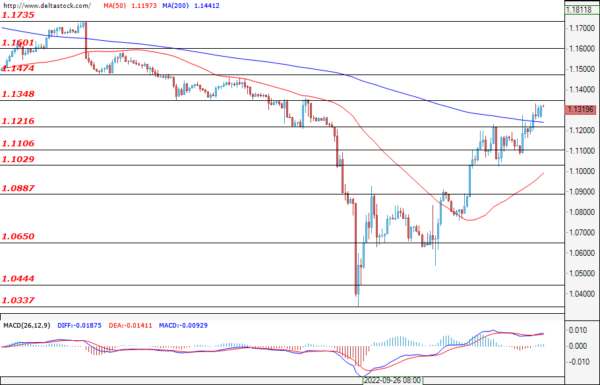 The day for the German index started rather stressfully as it managed to drop to as low as 11806 in the early hours of the session. This began to change with the opening of the European session and gains were once more realised. Two key levels were breached and the EUGERMANY40 headed towards its next resistance, but failed to reach it by the end of the trading session, with today’s high of 12270 being lower than Friday’s high. The possibility of a downtrend here should not be ignored, as well as the tendency for upward corrections during a bear market. There is no data today to help the index continue its recovery, but the correlation with the U.S. indices is very high at the moment and they could potentially drag the German index down with them. 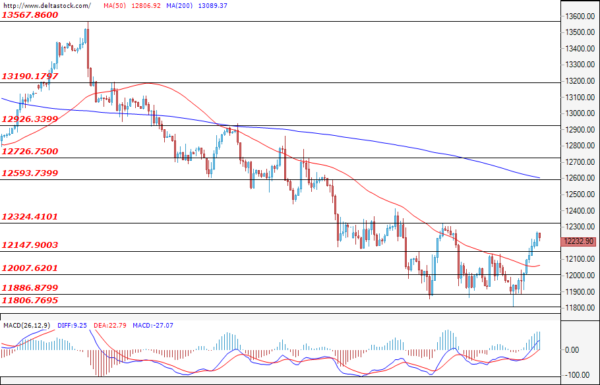 In the early hours of yesterday , the blue-chip index made a new annual low at 28584. There, however, the bulls found good entry prices and pushed prices up through the 29187 resistance, almost managing to reach last week’s peak. The fact that they failed to blaze past it is a bad sign for US30 movements. Analysts say that the indices are already in a bear market, so such upward corrections are likely to happen frequently. It is difficult for the index to continue its growth in a high interest rate environment, but today’s data on the U.S. labourforce report at 14:00 GMT could lead to sharp movements for the U.S. indices. The probability that the decline will continue is still high, but at this point in time, surprises should not be ruled out just yet. 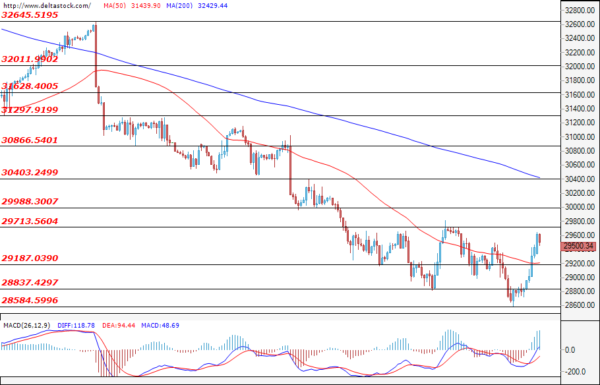