USDJPY showed some significant improvement in the previous 4-hour session, extending the bullish structure above the 140.70 barrier and the 50-period simple moving average (SMA). The RSI is sloping slightly down above the neutral threshold of 50, while the MACD has advanced above the zero level.

In the event the bulls hold control, the 143.50 resistance will come first into view. A violation at this point may see another challenging battle around the 144.55-145.15 restrictive region. If buyers claim that zone this time, the 200-period SMA at 145.80 could immediately add some downside pressure.

In brief, although USDJPY continues to face unfavorable trend signals, the odds for an upturn seem to be growing, with the confirmation expected to come above the 200-period SMA. 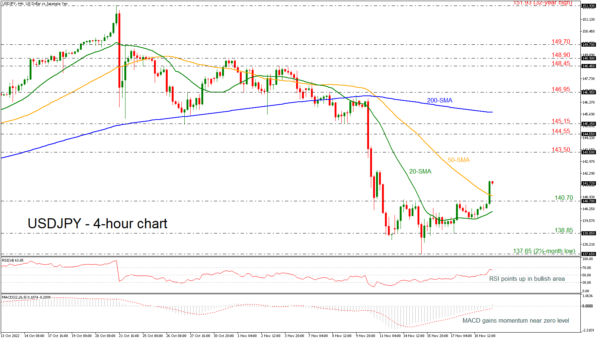