Action Forex
HomeContributorsTechnical AnalysisAUD/USD: The Market May Collapse to a Minimum of 0.617

AUD/USD: The Market May Collapse to a Minimum of 0.617

Most likely, the AUDUSD currency will form a bearish triple zigzag Ⓦ-Ⓧ-Ⓨ-Ⓧ-Ⓩ in the long term, where the primary wave Ⓩ is a simple zigzag (A)-(B)-(C).

Perhaps the development of the minor corrective wave 4 in the form of a minute triple zigzag has been completed. Thus, the market may continue to move down in the impulse wave 5.

The currency is expected to decline to the previous low of 0.617, marked by the impulse 3. 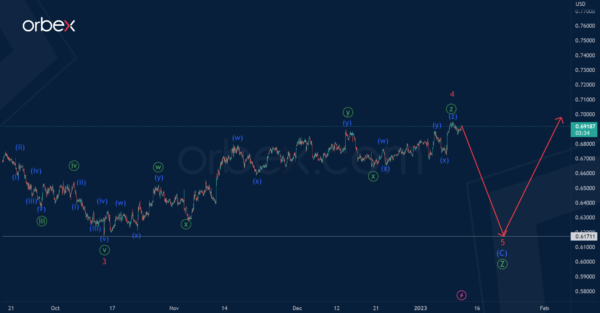 Bulls could build only four parts of correction 4, that is, we can see fully formed sub-waves ⓦ-ⓧ-ⓨ-ⓧ, and the sub-wave ⓩ is still being built.

In the near future, the market may grow to 0.724. At that level, actionary sub-waves ⓨ and ⓩ will be equal. 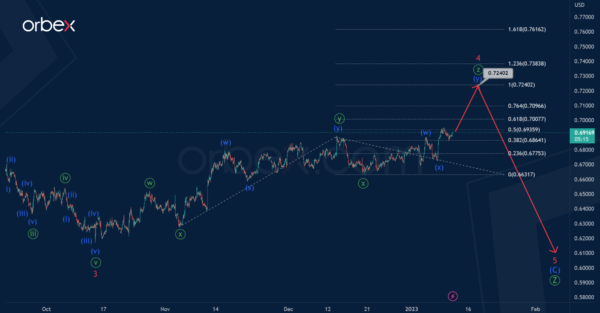