‘Euro inflation forwards may have rallied too far, too soon in the absence of any sign of a pickup in core price pressures.’ – Tanvir Sandhu, Bloomberg

On Tuesday morning the EUR/USD currency exchange rate remained rather flat just below the weekly PP, which is located at 1.0709. However, the course of the rate can be forecasted. Previously, during Monday’s trading the pair fell down to 1.0620 mark and rebounded there. As a result a surge began which lasted into Tuesday and reached the weekly PP. Afterwards the rate bounced off of the resistance level and set a course southward. Due to that reason the pair is set to fall down to the weekly S1 at 1.0644. Although, the decline is set to be hindered by the 20-day SMA at 1.0652.

SWFX traders remain bearish, as 56% of trader open positions are short on Tuesday. In the meantime, 56% of trader set up orders are set up to sell the Euro. 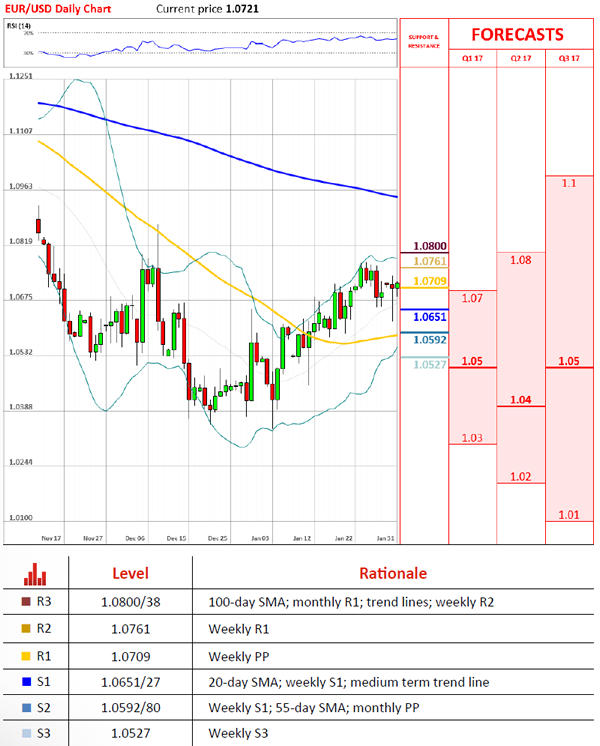 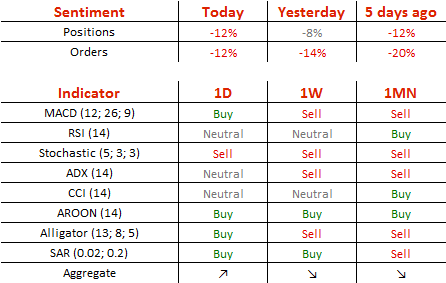