After forming an inverse head and shoulders pattern and bouncing off from the weekly S2 at 1,235.93 the yellow metal managed to advance by 1.23% against the buck. In daily perspective the surge the is expected to last until the rate makes a new rebound either from the 1,263.63 resistance level or from a combination of the 200-day SMA and the 38.2% Fibonacci retracement level at 1,268.00. However, through the day the soar is likely to be stopped by release of information on the American Core Retail Sales. In this sense, there is a need to take into account the resistance zone formed between the 1,259.00 and 1,259.32 marks and support zone located between the 1,254.00 and 1,253.62 levels, which are likely to squeeze the pair for some time. 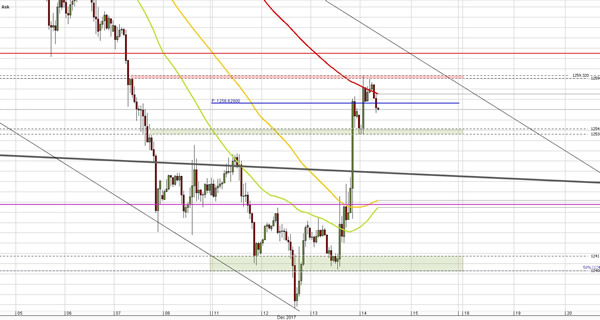