‘The single currency remains the most undervalued among its Group-of-10 peers, according to an OECD measure of purchasing-power parity.’ – Stefania Spezzati and Vassilis Karamanis, Bloomberg

During the early hours of Wednesday’s trading session the common European currency was still in a retreat against the US Dollar. The retreat began on Tuesday, as the currency exchange rate hit the upper trend line of the long term descending channel, in which the pair has been trading since the end of March. In addition, on Wednesday morning just below the trend line the 100-day SMA at 1.0797 is keeping the pair lower. It is most likely that the rate will retreat back to the weekly R1, which is located at 1.0761.

SWFX traders continue to be bearish regarding the pair, as 57% of trader open positions are short on Wednesday. In the meantime, 59% of trader set up orders are set up to sell the Euro. 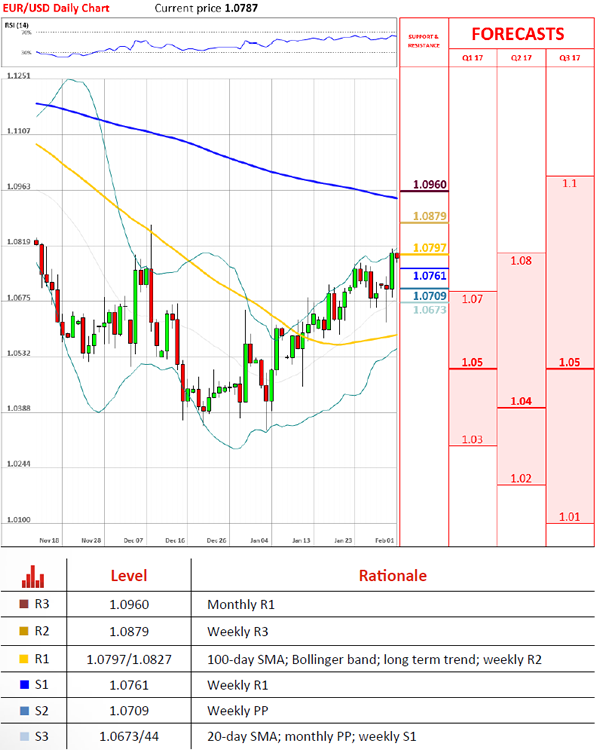 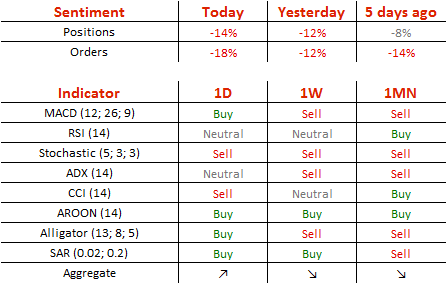