The US Dollar has continued to decline against the Russian ruble, as expected. The currency exchange rate has reached the previously set target of 56.13.

The target was chosen as it represents the low level of August 2017. Moreover, it consists of various other levels of significance. For example, an inverse Fibonacci retracement level of past high and low levels would be located at that level.

Meanwhile, regarding the long term, the movement is likely to continue south until it breached the monthly pivot point’s support at 54.88. 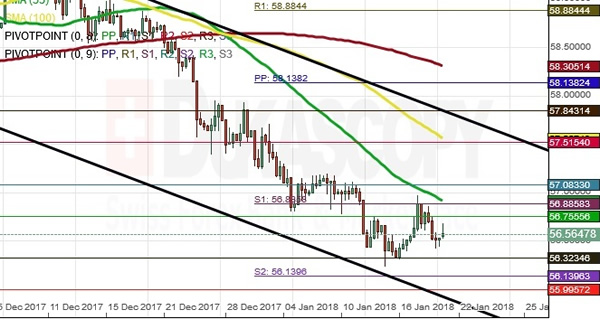