The FOMC cut rates 50 bps today due to the risks that the coronavirus outbreak poses to the U.S. economy. We look for the committee to ease further by the end of the second quarter.

Trying to Get Ahead of an Economic Slowdown

The Federal Open Market Committee (FOMC) cut its target range for the fed funds rate 50 bps today. The timing of the move was a bit unusual, coming ahead of the next regularly scheduled FOMC meeting on March 18. But as we pointed out in a report we published on March 2, we expected that the Fed would be cutting rates in the near term. The decision to cut rates 50 bps today was unanimously supported by all ten voting FOMC members. In the statement that announced the rate cut, the FOMC said that the “fundamentals of the U.S. economy remain strong.” But it also noted that “the coronavirus poses evolving risks to economic activity.”

In that regard, there are three channels through which the coronavirus could affect the economy. First, there is the hit to aggregate demand that the outbreak poses. Specifically, growth in the countries that have been adversely affected by the outbreak to date (e.g., China, South Korea, Italy, etc.) should exert headwinds on U.S. export growth in coming months. In addition, individuals in the United States are starting to cancel travel, which will negatively affect U.S. airlines and travel destinations. Second, the temporary closure of factories in the affected countries could lead to supply chain disruptions in the United States, which could then cause production in the economy to downshift sharply. Third, the recent swoon in the stock market and the associated widening in corporate bond spreads represents a tightening in financial market conditions (top chart). As we discussed in a recent report, Fed easing can help to offset some, albeit not all, of these growth-slowing effects.

Our current forecast, which was compiled in early February, looks for real GDP in the United States to grow 2.0% in 2020 (middle chart). We will not be formally updating our forecast until March 11, but clearly the risks to this outlook are skewed to the downside. Therefore, we look for the FOMC to cut rates further. As we pointed out in our March 2 report, the exact timing of additional rate cuts is highly uncertain because it depends largely on the evolution of the coronavirus outbreak. But at this point we look for the committee to cut rates a total of 50 more basis points by the end of the second quarter (bottom chart). That said, we readily acknowledge that this forecast could be upended by the evolution of the outbreak. If the outbreak is quickly contained, not only in the United States but in most foreign economies as well, then the FOMC may not end up cutting further. If, on the other hand, the outbreak in the United States accelerates sharply, then the U.S. economy could conceivably slip into a mild recession. In that event, the FOMC could cut rates all the way back to the zero lower bound. Stay tuned. 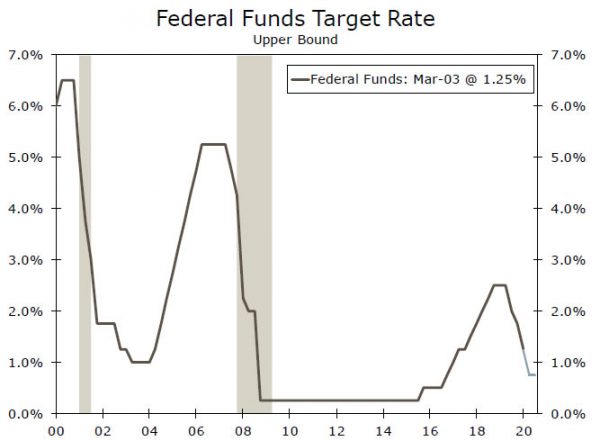 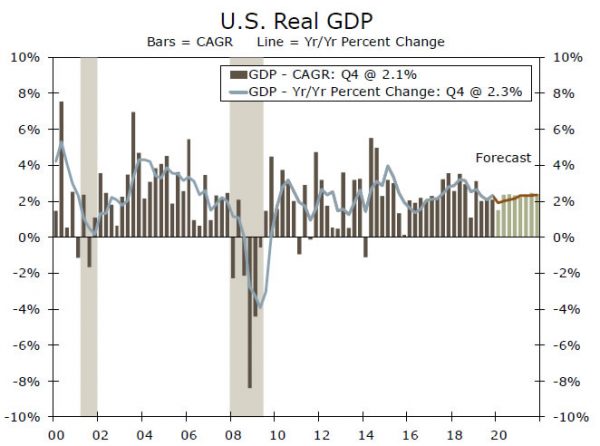 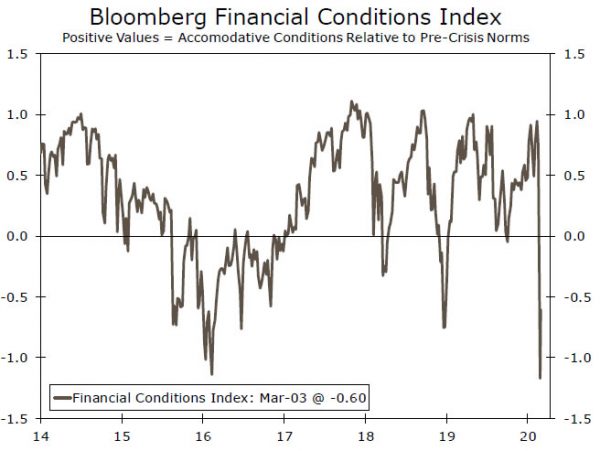