DOW’s selloff accelerates as tech rout intensifies. The index hits as low as 23577 so far and is down nearly -2% at the time of writing. The break of 23708.73 minor support now suggests that recent decline is resuming. We’ll likely see a break of 23725.12 soon and DOW should be heading to 23360.29 support next (probably later this week).

Trump’s bashing of Amazon again is quoted by some as a reason for the tech selloff. He tweeted:

“Only fools, or worse, are saying that our money losing Post Office makes money with Amazon. THEY LOSE A FORTUNE, and this will be changed. Also, our fully tax paying retailers are closing stores all over the country…not a level playing field!” 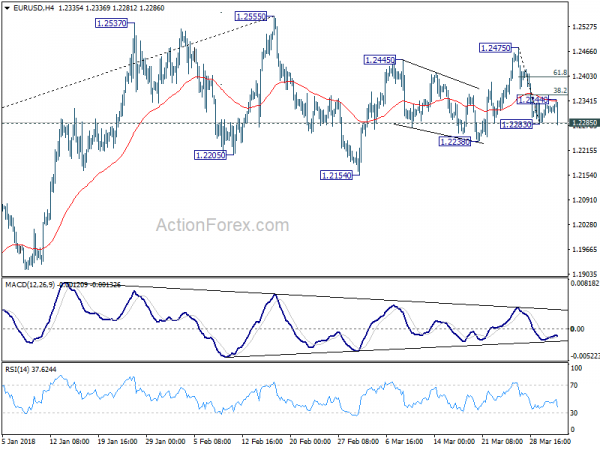 But is the USD that strong? Just take a look in USD/JPY and you’ll see. 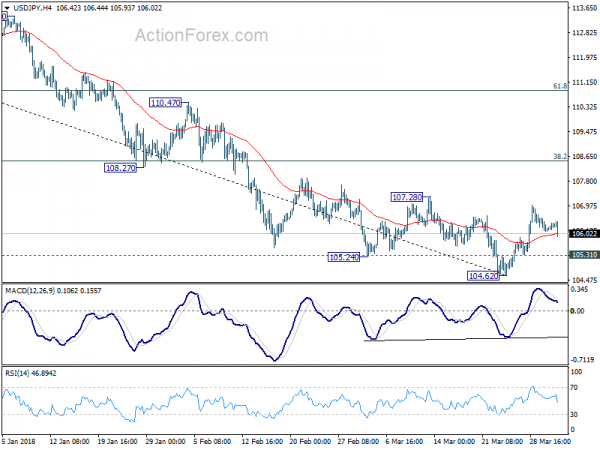