Risk appetite appears to be rather strong today. It’s reported that Trump is undecided on the congressional deal to avert another shutdown. But investors couldn’t care less and they seem optimistic that Trump will eventually find an excuse to bow down, like claiming that the 90km border fence is a first step. But anyway, S&P 500 has already broken recent high to extend rally. DOW and NASDAQ might follow soon.

In the currency markets, Swiss Franc is the worst performing one, followed by Yen and then Dollar. Australian Dollar is the strongest one, followed by Canadian and then Euro. Sterling is mixed after little reactions to UK Prime Minister Theresa May’s Brexit statement in Commons. Kiwi is also mixed ahead of tomorrow’s RBNZ rate decision. 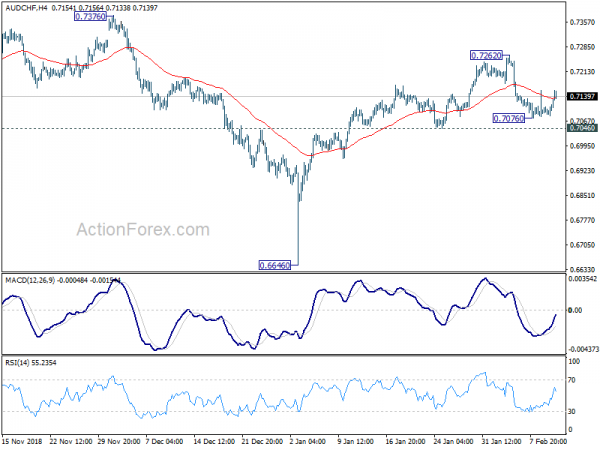