While trade talks between China and US might not have broken down, they’s certainly going no where. Huge differences remain in fundamental issues that neither side is going to back down from. And rhetorics of both sides during the weekend confirmed that. 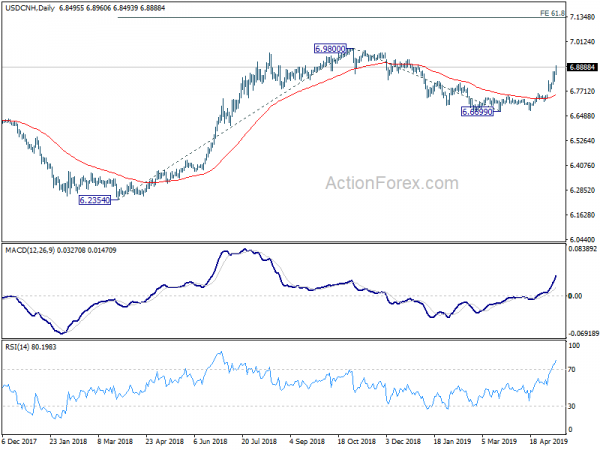 US Dollar Falls On Month-End Flows