Sterling was lifted briefly by UK Prime Minister Theresa May’s “new” Brexit plan. But recovery in Pound quickly faded as the plan was terribly received by MPs across the House. In short, under the new 10-point plan, the most important part is guaranteeing a vote on whether to call a second referendum on the Brexit deal. However, the pre-condition for the vote on referendum is the passage of the Brexit deal itself in the Commons.

Labour leader Jeremy Corbyn was quick to reject the proposal as “largely a rehash” and pledged “we won’t back a repackaged version of the same old deal”. Former foreign minister Boris Johnson and ex Brexit minister Dominic Raab said they’d oppose the deal. Pro-Brexit Cabinet ministers including Michael Gove, Andrea Leadsom and Chris Grayling opposed the idea of a “free vote”. Northern Ireland’s Democratic Unionist Party was concerned that “fatal flaws” of the original Brexit deal remained, which could split Northern Ireland with the rest of UK.

Despite the desperate final gamble, there is still practically no chance for May to get her Brexit deal through Commons in the June. A fourth humiliating defeat is more likely than not. 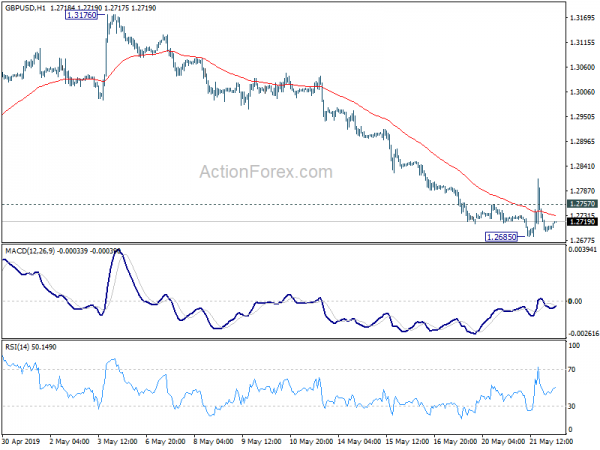 GBPUSD Increases The Case Of A Downtrend In Short-Term