It’s widely reported that UK Prime Minister Theresa May will finally announce her exit date on Friday. The resignation as Conservative Leader could take effect on June 10, paving the way for leadership contest. May could stay on as caretaker Prime Minister until a new one is elected, which may take up to six week’s time.

At this point, Boris Johnson is the favorite among pro-Brexit Conservatives, for winning back support that swung to Nigel Farage’s Brexit party. But there are also deep concerns with centrist and pro-EU party members that Johnson will eventually take UK into a no-deal Brexit that he prefers.

Sterling’s decline slowed a little bit today but there is no clear sign of bottoming yet. We’d expect more downside in the Pound until at least it becomes clear who’ll be the next Prime Minister. 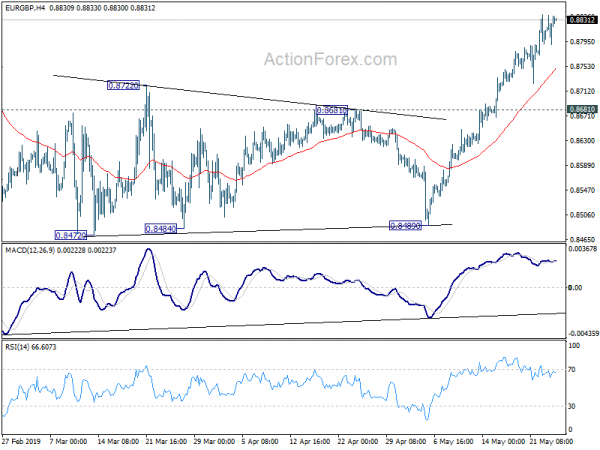