Dollar remains generally weak but selloff in so far rather limited except versus Yen. Fed Chair Jerome Powell didn’t sound particular dovish at the Congressional testimony. Yet, he basically did nothing to alter market expectations of a 25bps rate cut by Fed in July. That’s generally taken as a nod to the cut.

Among the Q&As, there’s one thing that’s rather important. Asked if June’s stronger than expected job report had changed Fed’s thinking, Powell bluntly said “a straight answer to your question is, no.” But then, Powell still sounded non-committal to any move in interest rates. But he pointed to the upcoming data including CPI this week, retail sales next week, and Q2 GDP the week after. All these data will be taken in to considerations at the next FOMC meeting. 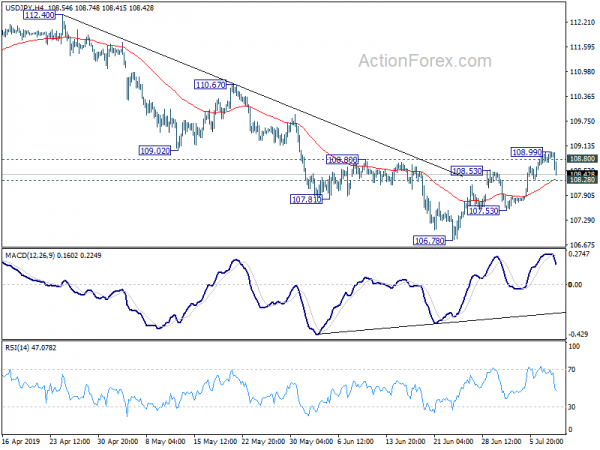