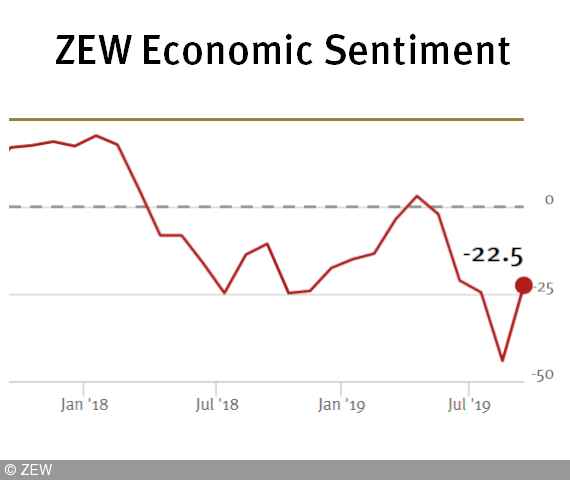 “The rise of the ZEW Indicator of Economic Sentiment is by no means an all-clear concerning the development of the German economy in the next six months. The outlook remains negative. However, the rather strong fears that financial experts had in the previous month regarding a further intensification of the trade conflict between the USA and China did not come true. And there is still hope that a no deal Brexit can be avoided. In addition, the European Central Bank is attempting to reduce the economic risks in the eurozone by further easing its monetary policy,” comments ZEW President Professor Achim Wambach.

Euro-Zone’s Economic Confidence Improved In May