BoE rate decision will be the major focus today. Bank rate is widely expected to stay unchanged at 0.75%. Asset purchase target will be held at GBP 435B. There is practically no chance for a change in monetary policy given that it’s the last BoE meeting before December 12 general election. Brexit deadline was also delayed to January 31, 2020.

Attentions will mainly be on the new economic projections to be published with the quarterly Inflation Report. Known BoE hawk Michael Saunders recently warned that a rate cut was plausible if Brexit uncertainty continued to act as a “slow puncture” for the economy. Even if smooth Brexit is the eventual end-result, some monetary accommodation might be needed given that the damages of uncertainties were done. Such views might be reflected in the projections.

Sterling turned into consolidation in general after mid-October. GBP/CHF is still staying in sideway consolidation from 1.2892 and corrective trading would extend. In case of another fall, downside should be contained by 1.2473 resistance turned support to bring rise resumption. 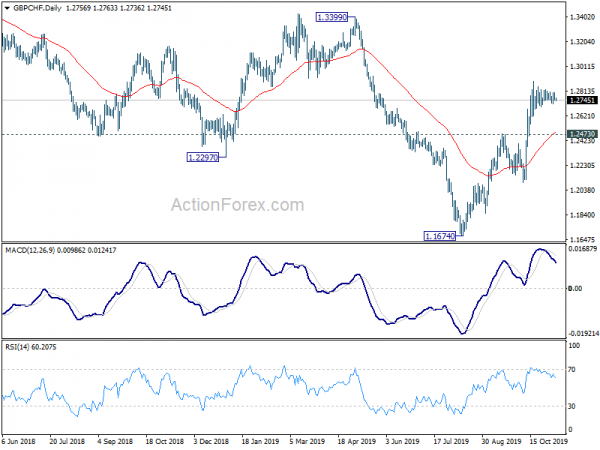 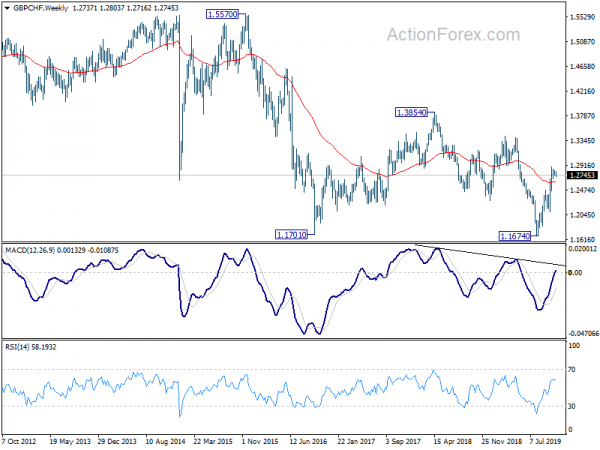