“There is growing hope that the international economic policy environment will improve in the near future, which explains the sharp rise in the ZEW Indicator of Economic Sentiment in November. In the meantime, the chances for a agreement between Great Britain and the EU and thus for a regulated withdrawal of Great Britain have noticeably increased. Punitive tariffs on car imports from the EU to the United States are also less likely than the projections a few weeks ago. An agreement in the trade conflict between the USA and China is appearing more likely too,” comments ZEW President Professor Achim Wambach. 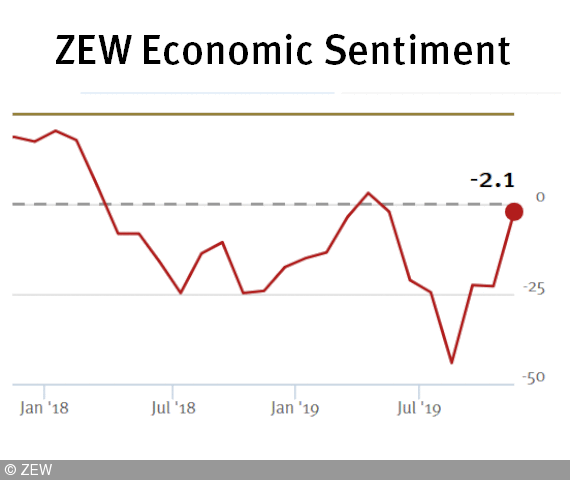