There is no clear follow through buying above 63 handle yet. As WTI will enter into key resistance of 63.04/66.49 on the next rise, we’ remain cautious on topping there. Meanwhile, break of 60.46 support will be a sign of rejection by the mentioned resistance zone. In this case, WTI should then at least have a pull back to 55 day EMA (now at 58.43). 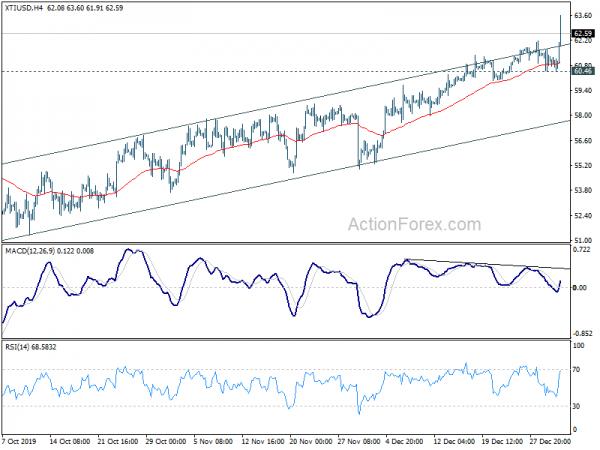 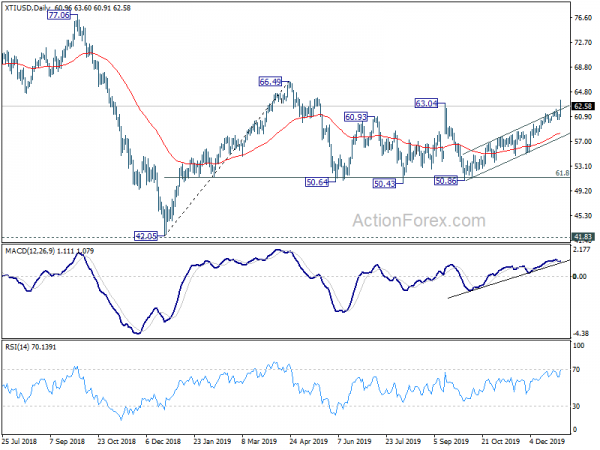 US initial claims dropped to 963k, below 1m for the first time since pandemic