Canadian Dollar turned from being one of the strongest after CPI, to the weakest after dovish BoC. In short, BoC left the option of rate cut open. It noted in the statement “Governing Council will be watching closely to see if the recent slowdown in growth is more persistent than forecast.”

However, outlook in Canadian dollar is not overwhelmingly bearish, except probably against Dollar only, despite today’s sharp fall. 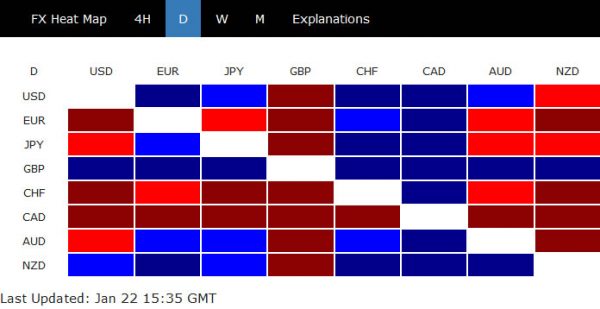 USD/CAD’s development now argues that correction from 1.3664 might have completed as a triangle at 1.2951, on bullish convergence condition in daily MACD. Sustained trading above 55 day EMA will solidify this case and target 1.3327 resistance for confirmation. 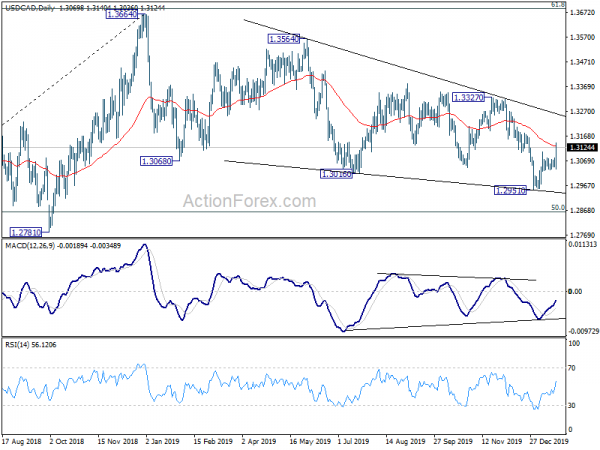 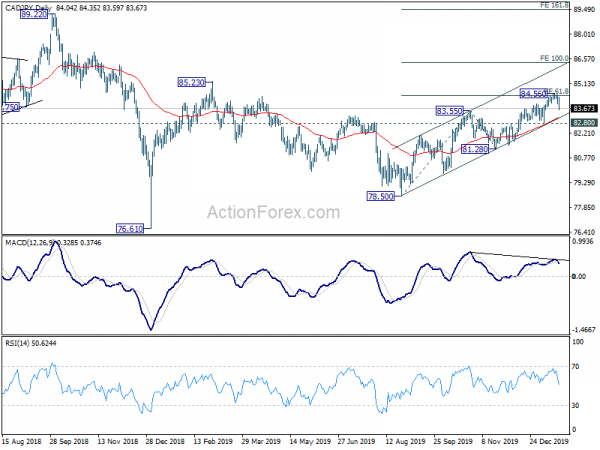 Despite the today’s rebound EUR/CAD is held below 1.4581 near term resistance so far. There is no indication of short term bottoming yet. And, even if 1.4581 is taken out, that could mean EUR/CAD is in the third leg of consolidation pattern from 1.4415. That is, larger down trend will remain in tact in that case. 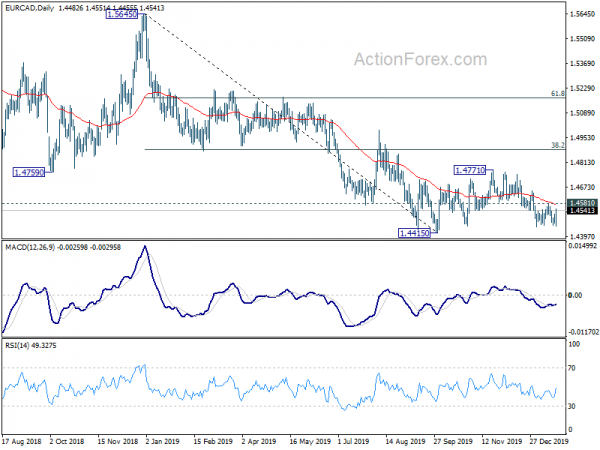 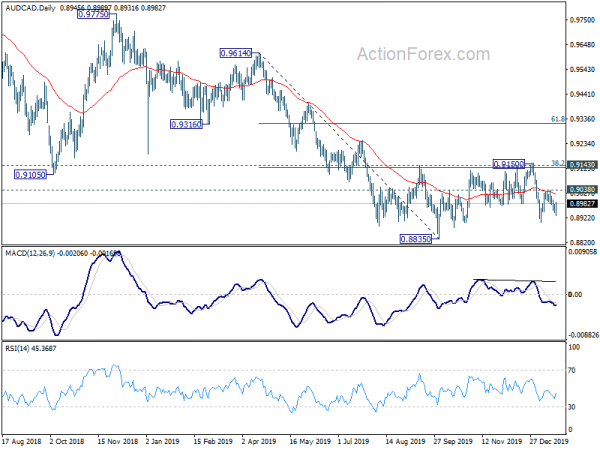 EUR/JPY Could Edge Up