Risk aversion continues to dominate the markets as there is little sign of slowdown in the outbreak of coronavirus in China. According to Chinese state television, confirmed infections rose to 2835, up from 2744 reported at the start of the day. Death tolls remains unchanged at 81.

Commodity currencies are trading deeply lower today, as led by Aussie. Yen and Swiss Franc are the strongest on risk aversion naturally. Dollar is following as third strongest. 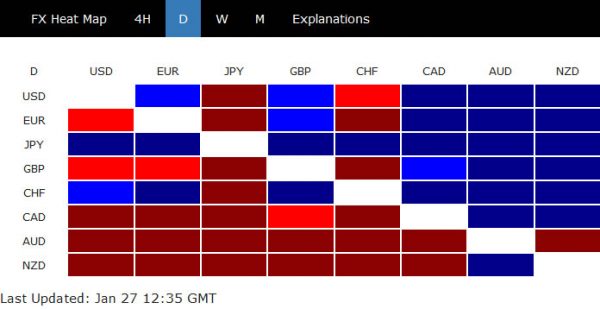