Global spread of China’s Wuhan coronavirus continued to intensify over the weekend. Total number of cases outside China reached 9051 with 141 deaths. Situation in South Korea remains the worse, with 4212 cases and 22 deaths. Italy reported 1701 cases with 41 deaths. Iran’s cases also jumped to 978 with 54 deaths.

Chinese Yuan is extending last week’s rebound, partly as situation in China eased, and partly on weakness on Dollar. USD/CNH’s decline from 7.0562 suggests that rebound from 6.8452 has completed, ahead of 7.0867 resistance. Focus is now on 6.9571 support. Break there will confirm this case and bring deeper decline through 06.8452 to resume whole corrective fall from 7.1953. 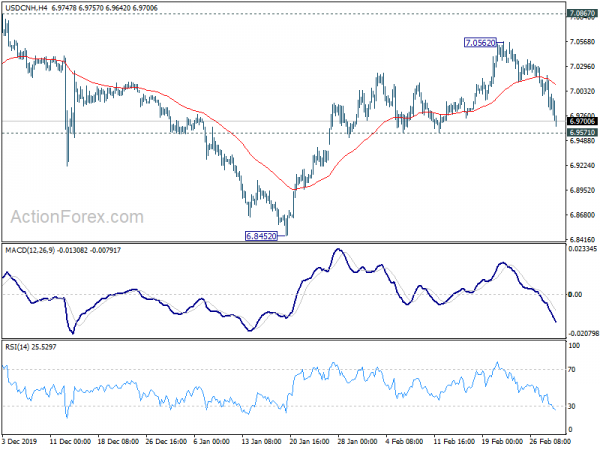 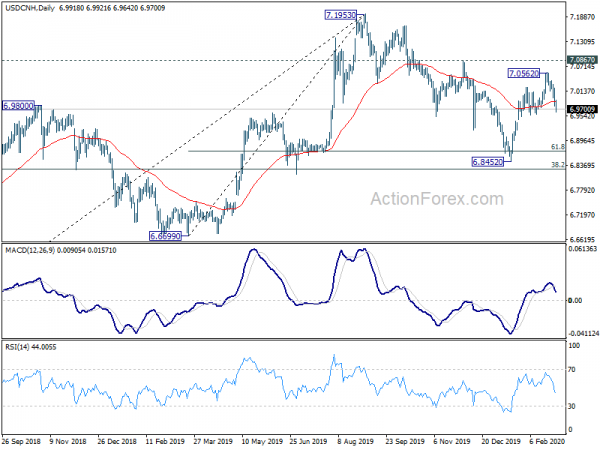