WTI crude oil is staying in the consolidation pattern from 43.38 after the release. Further rise is expected as long as 38.58 support holds. Focus is now on 55 week EMA (now at 44.02). Sustained break there could bring some upside acceleration to 55 month EMA (now at 54.24). 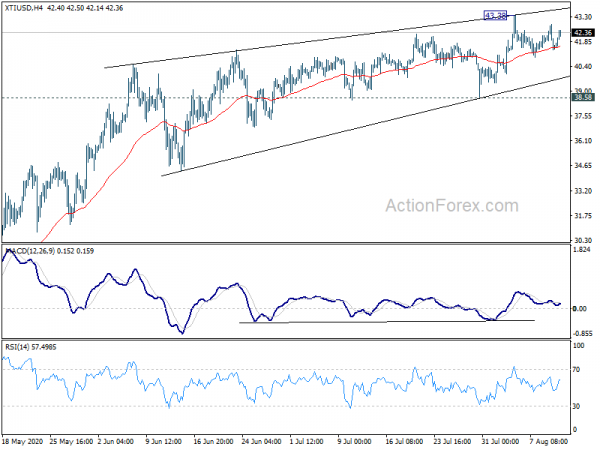 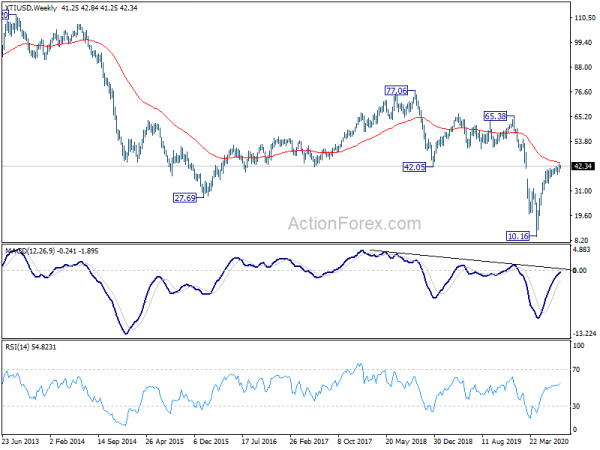 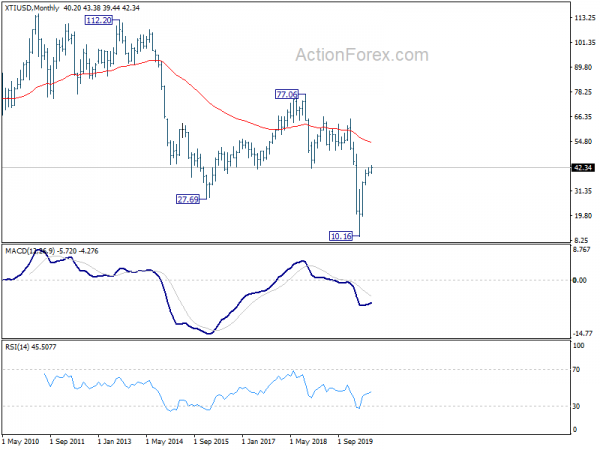