France PMI composite jumped to 57.0, moved up a gear as restrictions eased

Trevor Balchin, Economics Director at IHS Markit said: “The French private sector moved up a gear in May as lockdown restrictions were eased and the economy began to reopen. There was a clear underlying improvement in demand as new work expanded at the fastest rate in over three years, while output expectations were the strongest since the composite series was first available in July 2012.

“The service sector drove the overall acceleration in growth during May, both in terms of output and new orders, although manufacturing continued to register comparatively faster rates of expansion. Manufacturers remained hindered, however, by ongoing supply shortages and delays, with average lead times lengthening at one of the most marked rates in the survey history.

“The latest survey also suggested that firms were struggling to recruit enough extra staff to keep on top of workloads. Employment rose at the slowest rate in four months, while backlogs increased at the strongest pace in over three years.” 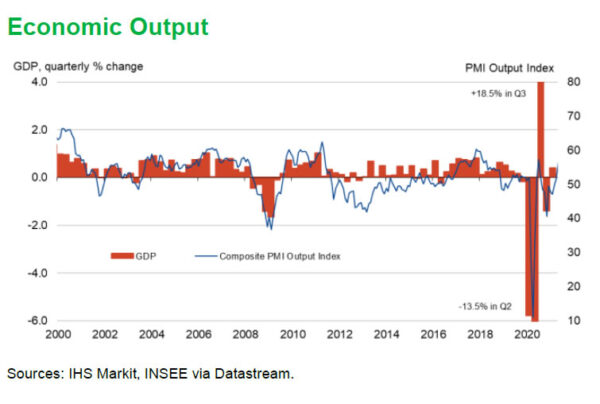