“Concerns over the Delta variant have meanwhile overshadowed the passing of “freedom day”, and were a key factor alongside Brexit and rising costs behind a sharp slide in business expectations for the year ahead, which slumped to the lowest since last October. The PMI indicates that GDP growth will likely have slowed in the third quarter, after having rebounded sharply in the second quarter.” 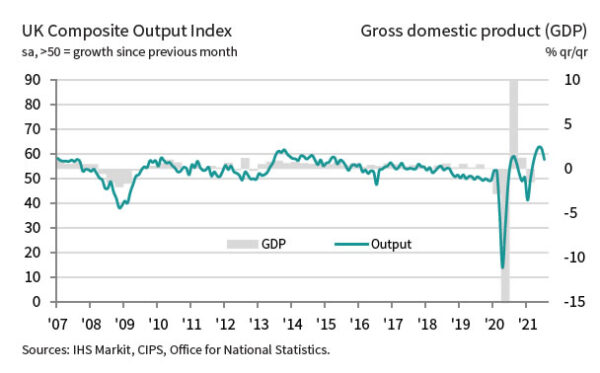 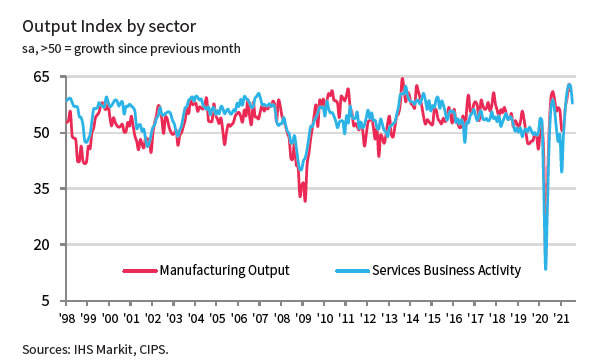