Despite weaker than expected 0.1% monthly GDP growth in UK, NIESR expects growth to pic up in August to 0.7%, followed by 0.8% in September. That would lead to overall 1.6% growth in Q3. It added that however, there are “notable downside risks” to a consumption led recovery, including the re-emergence of Covid-19 and the response of household and business spending to the end of the furlough scheme and the planned reduction in Universal Credit.

“GDP growth of under 0.1 per cent in July would have been negative had it not been for the reopening of an oil field previously closed for temporary maintenance. There was also relatively good news for the arts and recreation sector, thanks to the lifting of restrictions on 19th July, but clearly the boost to GDP from reopening had slowed by the summer. The Delta variant and supply issues – some but not all of which are linked to Covid-19 – have also provided headwinds to growth in the third quarter but there remains potential for ‘catch-up’ in transport, hospitality and arts, which remained between 7 and 19 per cent below their February 2020 levels.” Rory Macqueen Principal Economist – Macroeconomic Modelling and Forecasting. 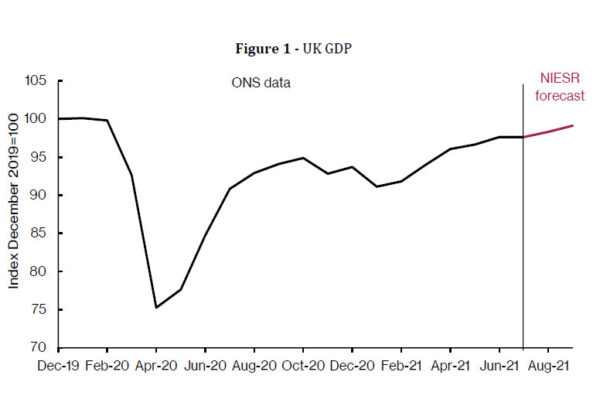