Chris Williamson, Chief Business Economist at S&P Global Market Intelligence said: “Eurozone economic growth is showing signs of faltering … Excluding pandemic lockdown months, June’s slowdown was the most abrupt recorded by the survey since the height of the global financial crisis in November 2008…. The slowdown means the latest data signal a rate of GDP growth of just 0.2% at the end of the second quarter, down sharply from 0.6% at the end of the first quarter, with worse likely to come in the second half of the year.” 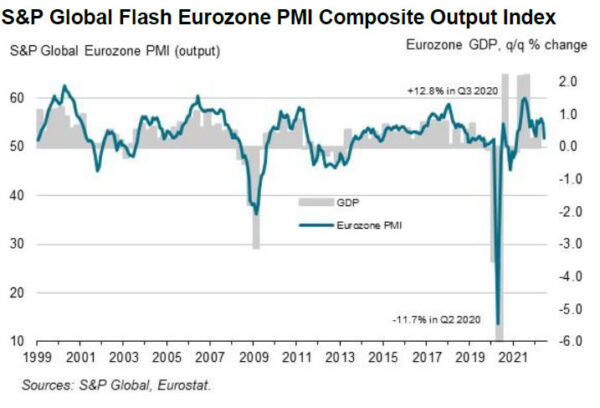