Gold and Silver jump after poor US ISM

Gold and silver rise notably as Dollar weakens after poorer than expected ISM manufacturing PMI. The disappointing data prompts some talks that Fed officials could start to turn more cautious about the pace of tightening.

For now, it’s still early to call for bullish trend reversal, despite bullish convergence condition in daily MACD. But sustained break of 55 day EMA should at least bring stronger rise towards 38.2% retracement of 2070.06 to 1614.60 at 1788.58. 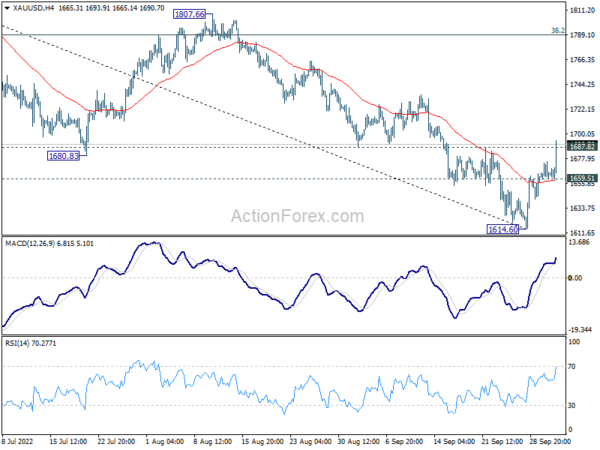 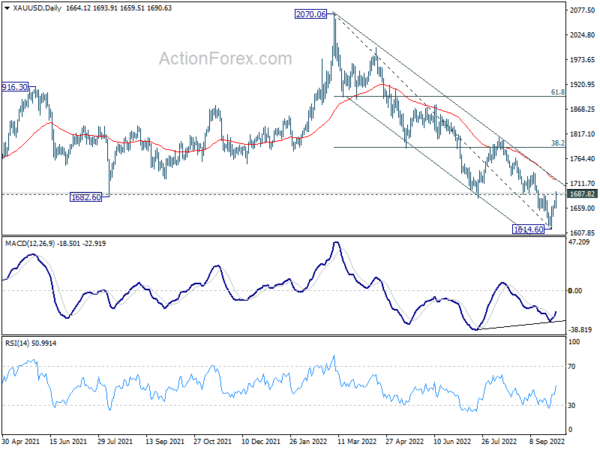 Silver is making slightly more progress than gold with strong break of 55 day EMA. Further rally is now expected as long as 19.20 minor support holds. Break of 20.86 resistance will target 38.2% retracement of 30.07 to 17.54 at 22.32. Reaction from there will reveal the chance of bullish trend reversal. 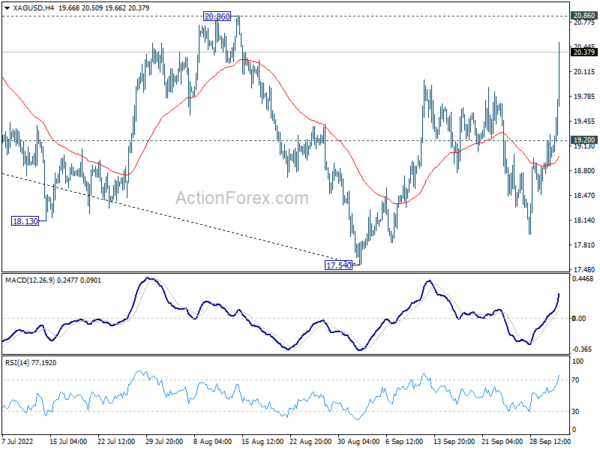 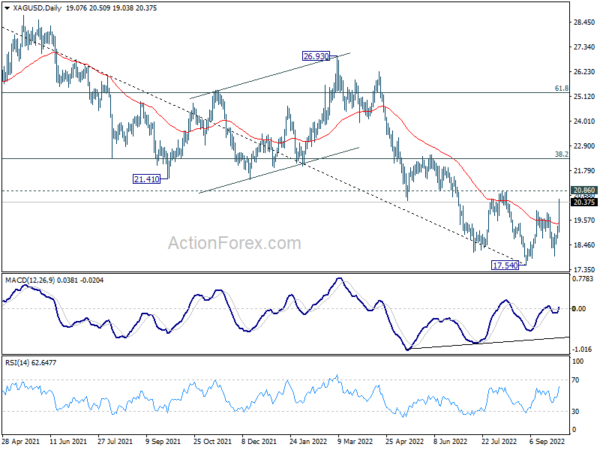