NASDAQ ready for down trend resumption after hawkish Fed Powell

US stocks initially jumped after Fed hinted in the statement that pace of tightening could slow ahead. But sentiment reversed after Fed chair Jerome Powell indicated that slower pace of hikes might come soon, Fed could end up at a higher terminal rate.

In short, comparing to last statement, Fed added, “in determining the pace of future increases in the target range, the Committee will take into account the cumulative tightening of monetary policy, the lags with which monetary policy affects economic activity and inflation, and economic and financial developments.” This is clearly an indication that Fed is going to consider adjusting the pace of interest rate increases.

In the post-meeting press conference, Powell acknowledged, “As we come closer to that level and move further into restrictive territory, the question of speed becomes less important. … And that’s why I’ve said at the last two press conferences that at some point it will be important to slow the pace of increases. So that time is coming, and it may come as soon as the next meeting or the one after that. No decision has been made.”

However, “incoming data since our last meeting suggests that the ultimate level of interest rates will be higher than previously expected,” indicating the possibility of higher terminal rate. Also, Powell noted, “It is very premature to be thinking about pausing. People when they hear ‘lags’ think about a pause. It is very premature, in my view, to think about or be talking about pausing our rate hikes. We have a ways to go.” 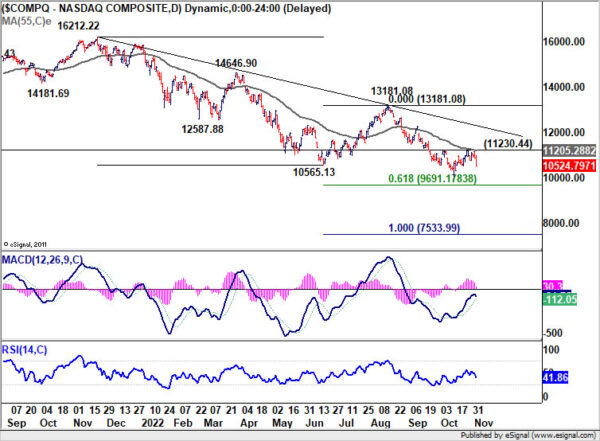