Japan PMI manufacturing fell to 48.8, but services improved to 51.7

“The Japanese private sector economy saw a stabilisation in business activity in the final month of the year, with flash data indicating that the divergence between the manufacturing and services sectors has grown further. As has been the case since the launching of the National Travel Discount Programme in October, service providers have reportedly continued to profit from a boost in tourism volumes. Notably, firms have seemingly gained some pricing power as a result of improving demand within the sector and raised their selling prices at the sharpest rate since October 2019.

“Conversely, manufacturing firms continued to struggle in the face of subdued demand conditions and severe inflationary pressures with the latest flash PMI reading the lowest since October 2020. December data saw production and order books at Japanese manufacturers contract further, but at paces that were slower than in November. At the same time, though historically sharp, inflationary pressures cooled with the rate of input price inflation at the lowest level since September 2021.” 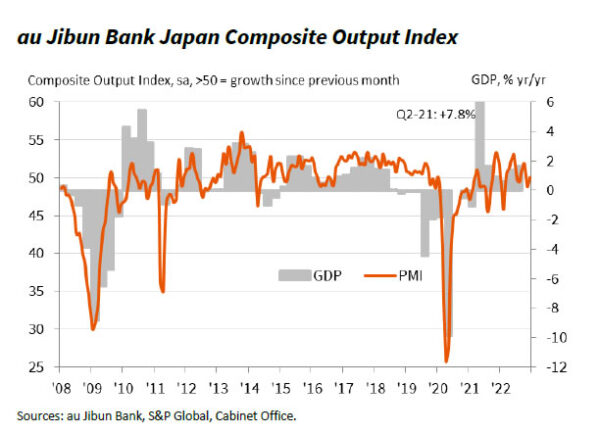 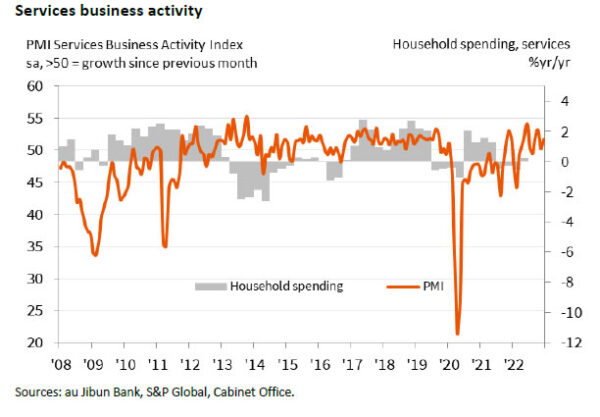 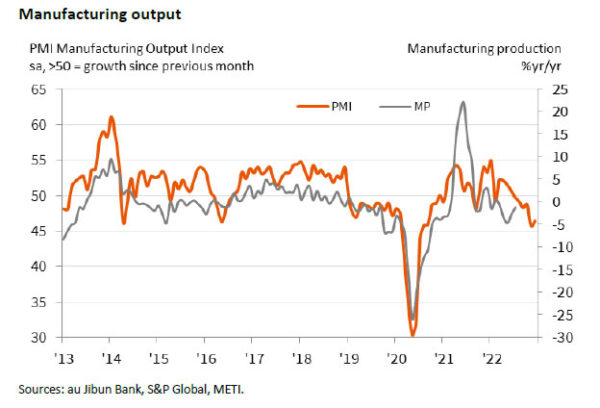