ZEW titled the release as “Economic Outlook Worsens Considerably” which is an indication of how bad things turned. ZEW President Professor Achim Wambach noted that “concerns over a US-led global trade conflict have made the experts more cautious in their prognoses. The strong euro is also hampering the economic outlook for Germany, a nation reliant on exports.” But he added that “combined with the experts’ continued positive assessment of the current situation, however, the outlook is still largely positive.”

While EUR/USD drops notable after the release, there is no change in it’s mildly bullish outlook. That is, price actions from 1.2445 are viewed as a corrective pattern. It should have completed with three waves down to 1.2257 already. Or in a worse scenario, it’s extending as a five wave triangle pattern. In either case, further rise is expected soon through 1.2445 to real key resistance at 1.2555. 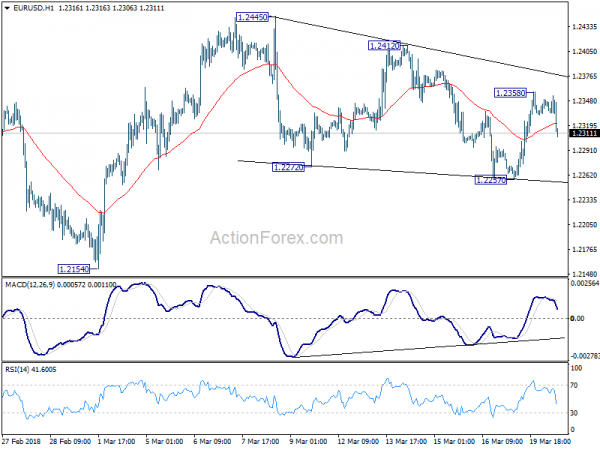