EUR, however, receives no support from the data. It’s trading down against all major current in the current 4H bar. And for the week, EUR is also reversing much of the earlier gains and is turning mixed.

The only exception is against CHF, which is trading as the second weakest one for the week, next to JPY. EUR/CHF is still on track to test 1.1832 resistance. 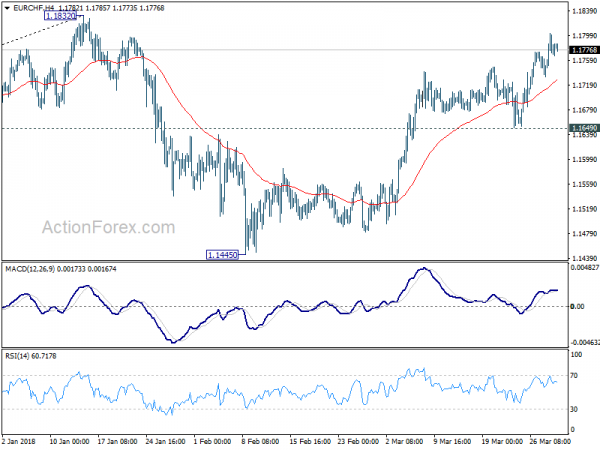