UK PMI manufacturing rose 0.1 to 55.1 in March, above expectation of 54.7. Markit noted that it signals “steady growth rate at the end of opening quarter”.

Quotes from the release:

Rob Dobson, Director at IHS Markit, which compiles the survey:

GBP trades notably higher today against USD and JPY. With 1.3982 minor support intact, choppy fall from 1.4243 is seen as a corrective pull back. Break of 1.4095 will suggests that such pull back is completed and bring stronger rebound back to 1.4243. 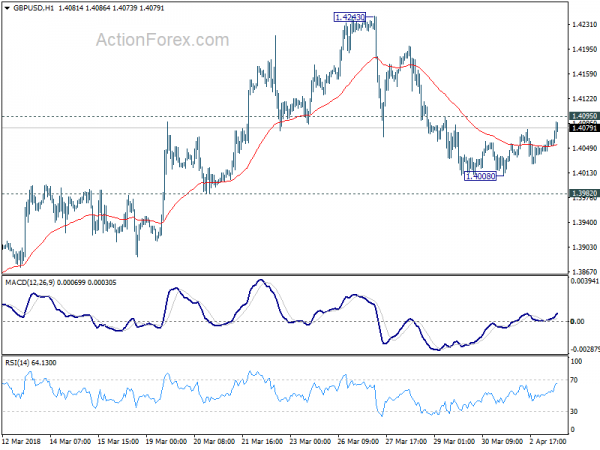