AUD/USD stayed in tight range below 0.7695 last week and outlook is unchanged. Initial bias remains neutral this week first. Further rise cannot be ruled out yet. But lost of upside momentum is seen in bearish divergence condition in 4 hours MACD. We’d expect strong resistance from 0.7777/7833 resistance zone to limit upside and bring near term reversal. On the downside, break of 0.7510 minor support will indicate that rise from 0.7158 has completed already and turn bias back to the downside for this key near term support level. 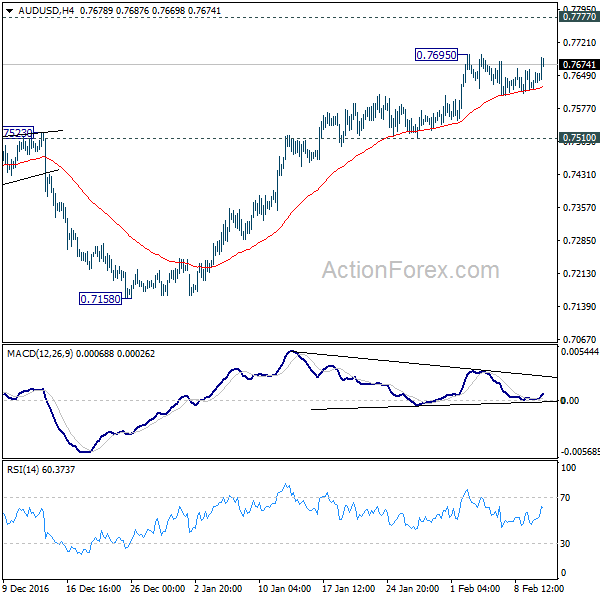 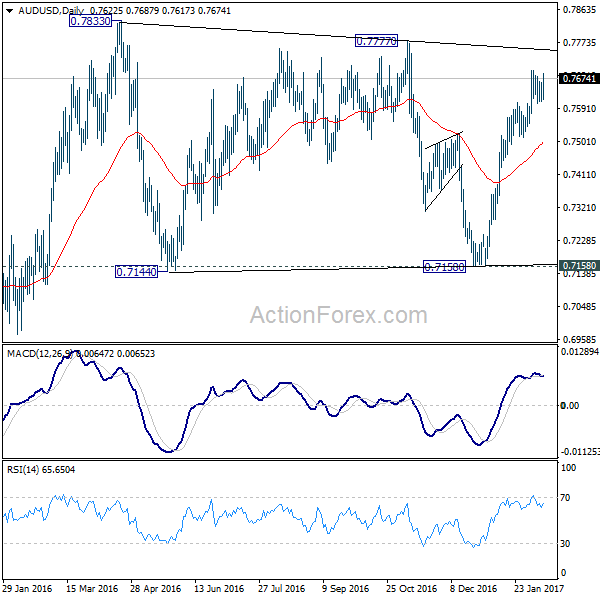 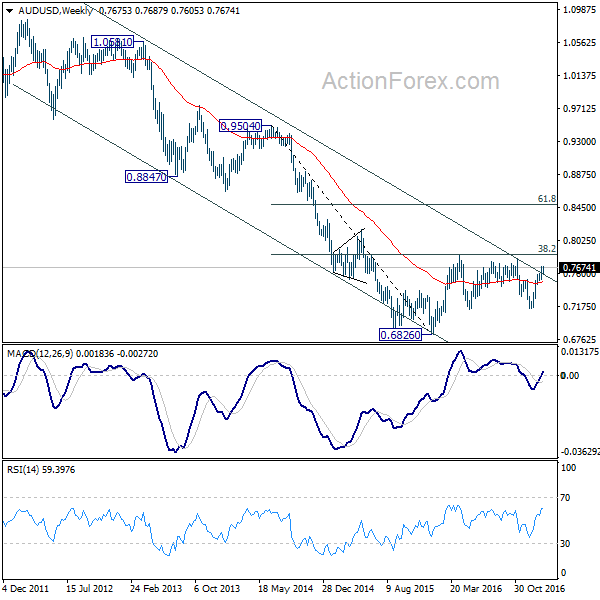 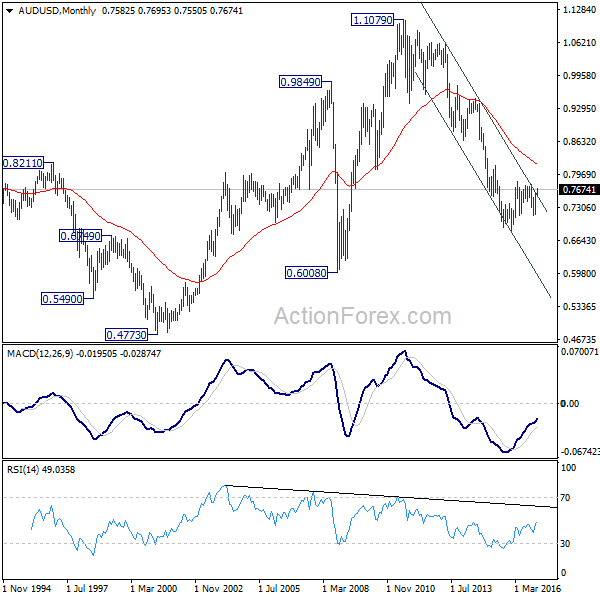