AUD/USD’s choppy rebound from 0.6776 extended higher last week. But overall outlook is unchanged. Price actions from 0.7064 are seen as a consolidation pattern, with rise from 0.6776 as the second leg. Upside should be limited by 0.7064 resistance to bring one more down leg. On the downside, below 0.6922 minor support will turn bias to the downside for 0.6776 support and below. However, sustained break of 0.7064 will resume whole rise from 0.5506 instead. 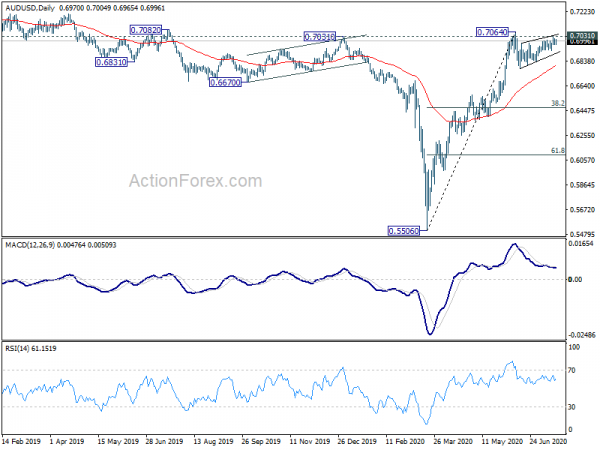 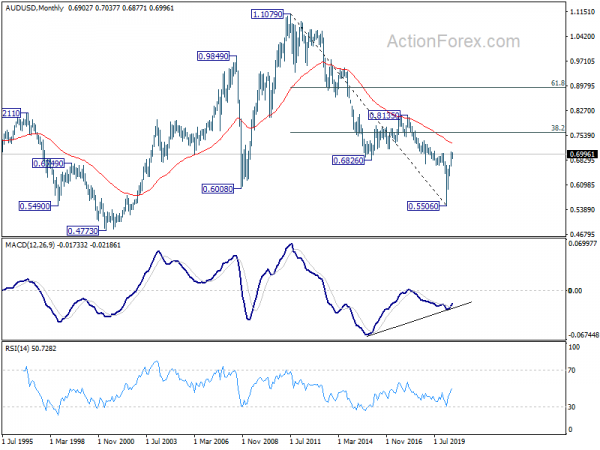